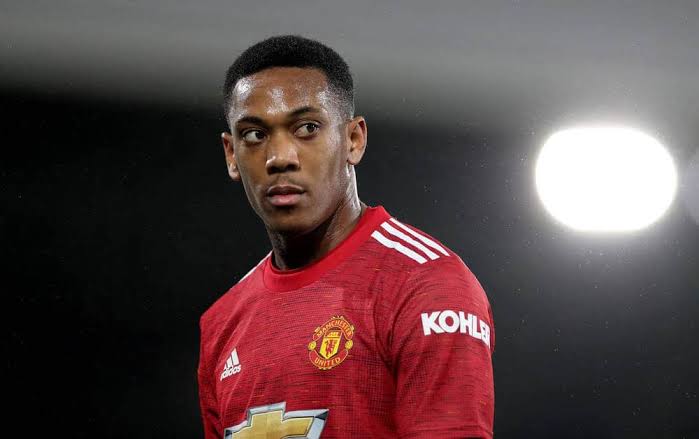 The 21-year-old Serbian international is thought to be the ‘Old Lady’s’ number one target, but could prove difficult to entice given the Premier League interest circulating.

Vlahovic has already confirmed he has no plans to extend his stay in Florence, as a result a number of Europe’s top sides have declared an interest – including Atletico Madrid, Arsenal and Tottenham Hotspur.

In turn, Juve have drawn up contingency plans in the scenario they fail to get the Fiorentina star – with Martial named as one of the back-up strikers.

Italian outlet Calciomercato report that Martial is not the only Premier League talisman that has been identified by the Serie A titans, with Arsenal’s fellow Frenchman Alexandre Lacazette also touted with a switch to Turin.

Martial has endured a miserable start to the season at Old Trafford, featuring just seven times across all competitions and bagging one goal in the process.

Even his five Premier League appearances are somewhat misleading as a stat given he has not completed 90 minutes in a single one.

Instead, the former Monaco forward has been restricted to just 155 league minutes coming in the form of 15, 60, 18, 6 and 57 minute cameos respectively.

His solitary goal came against Everton before the Toffees eventually equalised in a game that fell at the beginning of United’s recent run of bleak form.

Martial’s six-year United career hit a new low last week when his wife publicly called out boss Ole Gunnar Solskjaer over claims the forward’s omission from the match-day squad was due to an injury.

After the 25-year-old failed to make the cut for the recent trip to Tottenham, his partner implied the Red Devils boss had lied when he said Martial was suffering from an injury.

Melanie, wife of the United striker, was pressed on whether her husband was injured, to which she replied: “Anthony has never been injured. He only had food poisoning two weeks ago.”

She later uploaded a picture to Instagram of the United forward on an exercise bike with a cryptic post that read: “Never give up”.

Solskjaer, however remains adamant Martial’s future remains at Old Trafford, explaining in August: “I wouldn’t be surprised if other teams targeted Anthony because he is a very good player.

“I have no plans whatsoever for him to play against us. Anthony has come back strong and hungry, with the determination to prove his fitness and his quality.

“Last season was a difficult and disappointing one for him and you can see that little bit of grit between his teeth again.”