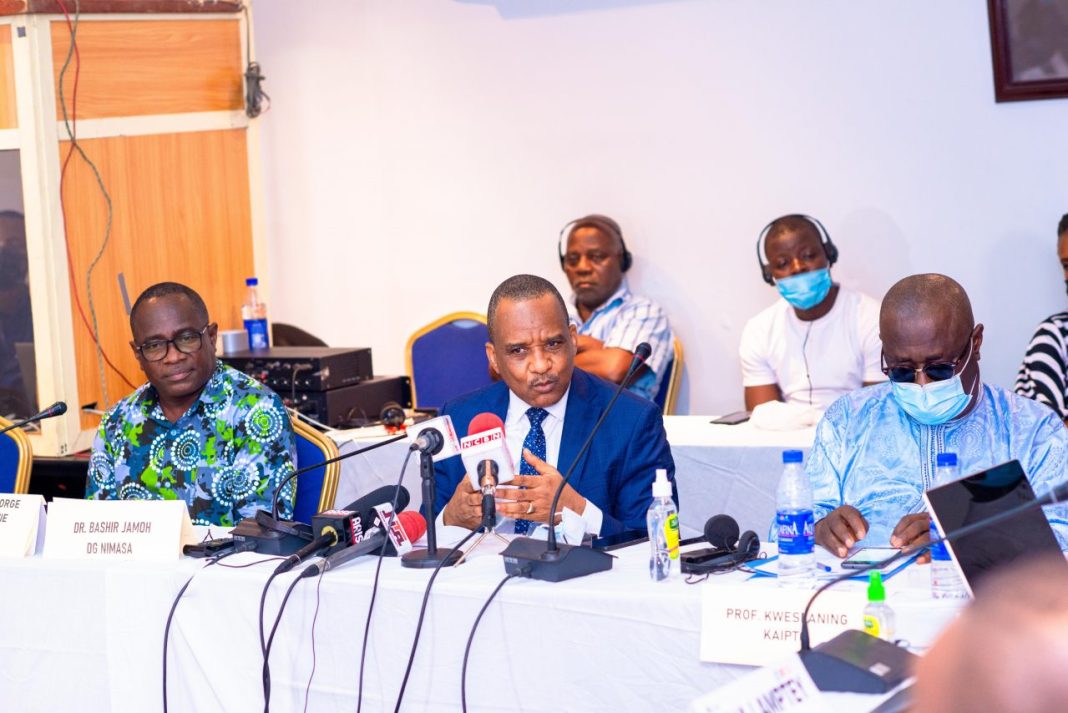 The Director-General of the Nigerian Maritime Administration and Safety Agency (NIMASA), Dr Bashir Jamoh, has appealed for the standardisation of the legal frameworks of countries in the Gulf of Guinea to aid effective prosecution of maritime crimes.

Jamoh made the appeal in Lagos at the Third Technical Rotating Meeting of the project on “enhancing regional research, convening of stakeholders and capacity development in the Gulf of Guinea” implemented by the Kofi Annan International Peacekeeping Training Centre (KAIPTC) in Accra, and the Government of Denmark.

A communique calling for the transformation of Yaoundé Code of Conduct (YCC) into a binding convention for better coordination and optimal benefit to the member countries, was issued at the end of the meeting organised in partnership with NIMASA and the Inter-Regional Coordination Centre (ICC).

The Director-General said efforts were being made hi to standardise regional maritime law enforcement, stressing that some countries are already enacting their own antipiracy laws.
Jamoh stated, “We encourage countries within the region, which do not have distinct antipiracy laws, to try to enact such laws. It is in the interest of every country in the Gulf of Guinea to consciously work to remove obstacles to the prosecution of piracy and sea robbery suspects.

“Shipping is an international business, and crimes associated with it are equally international in nature. Now, how do you try a suspect in a country where our SPOMO Act cannot be applied?

READ ALSO: Why option of fine must be removed from NDLEA Act – Marwa

“No country can fight maritime insecurity alone. It is a collective responsibility. There is hardly any nation that does not have commercial interest in the Gulf of Guinea.

“So we must work to ensure uniformity of legal frameworks in the region to facilitate effective prosecution of maritime crimes.”

The communique read, “The YCC, as it stands now, is a code of practice without any binding provisions. This affects the way it is implemented at the regional and national levels. The meeting, therefore, calls for expedited action towards the transformation of the YCC into a binding Convention taking on board, the peculiar contexts of diverse jurisprudence, linguistic traditions and the inter-regional coverage of the code as well as the differing procedures of the three (3) sponsors of the ICC (i.e. ECOWAS, ECCAS and the GGC).”

The Yaoundé Code of Conduct was signed in 2013 by 25 West and Central African countries. It provides the structure for joint operations, intelligence sharing, and harmonised legal frameworks among its five zones, two regional centres, and one Interregional Coordination Centre (ICC) that watch over 6,000 kilometres of coastline and 12 major ports.