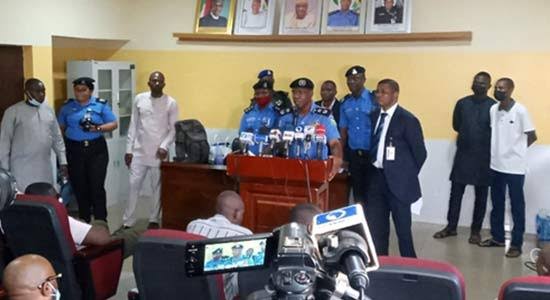 The Nigeria Police have arrested 14 suspects linked to the raid on the home of Supreme Court Justice Mary Odili.

According to reports, the suspects, including police officers and a journalist, Stanley Nkwazema, bankers, lawyers, Islamic prayer warrior and herbalist, were paraded at the Force Criminal Investigation Department Headquarters, Area 10, Abuja.

Speaking at the parade, the police spokesperson Frank Mba said seven others, including two soldiers, were at large.

He vowed that all suspects at large would be apprehended.

Mba noted that the leader of the illegal operation is a fake Chief Superintendent of Police.

He said the criminals were loose canons and document forgers who were on their own and not hired by any personnel of the Ministry of Justice.

Justice Odili’s official residence in Abuja was raided a few days ago without recourse to due process.