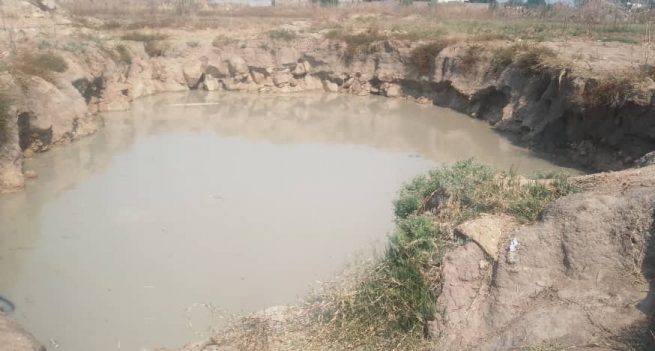 Two children aged between 9 and 12 drowned on Wednesday evening as they were taking a swim at an unprotected pit in Cowdray Park, Bulawayo.

Residents in Cowdray Park said about five boys were swimming in a pit meant to store fuel tanks for a garage which is still under construction believed to be owned by ZANU PF Politiburo member Obert Mpofu.

Unfortunately, three manage to escape the water full mudy pit while two perished on the scene.

Some residents directed their anger to Cde Mpofu whom they claim own the garage.

“U Obert uzaqeda abantwabethu ngamagodi akhe angapheliyo (Obert Mpofu is putting the lives of our children at risk with his unfinished fuel pits),” one resident was overheard shouting.

The visibly shocked residents said the contractor left the pit uncovered for a long time, not only putting children’s lives at danger but also constituting health hazard.

“This is definitely negligence on the part of the contractor and city council, surely you can’t leave such a pit bare like this knowing very well that it is in the hood were there are a lot of children”, said Mr Mqondisi Mahlangu who resides in Cowdray Park.

Meanwhile, police are on record warning people to avoid crossing flooded rivers and desist from playing in water bodies especially with the rainy season.