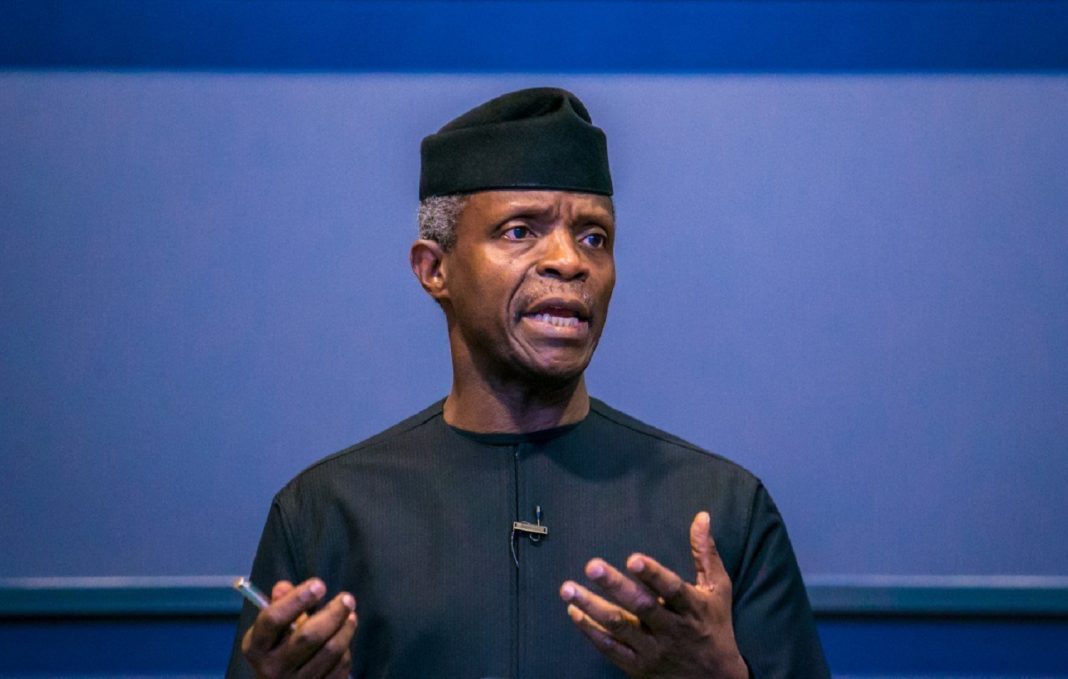 Vice President Yemi Osinbajo says effective collaboration among the three tiers of government and the private sector will ensure that the country achieves its goal to end open defecation by 2025.

In a statement on Thursday in Abuja, Mr Osinbajo’s media aide Laolu Akande said the vice president spoke at a virtual meeting of the Water, Sanitation and Hygiene (WASH) Steering Committee.

The meeting was to review the progress report of the implementation of the ‘Clean Nigeria: Use the Toilet’ campaign under the national programme to End Open Defecation in Nigeria.

“If we work conscientiously, we can really make our country open defecation-free by 2025. It is entirely possible, and we must not rest on our oars (sic) as we push for the delivery of sustainable sanitation and hygiene services for all Nigerians,” stated Mr Osinbajo. “We are at the cusp of real acceleration if we cease the current momentum. So, it is time to align our efforts at all levels and commit ourselves to using all of our spheres of influence in advancing the objectives of the campaign.”

He added, “We must continue strong advocacy to policymakers and the general public, and of course, the ever-present issue of increased funding that is needed practically at all levels.”

The vice president commended the campaign’s progress so far, adding that more needed to be done to ensure all the goals and objectives were achieved.

Mr Osinbajo further noted that the National Economic Council would continue to find ways to work with state governments to improve results.

“We must pay more attention to the way we leverage more on the private sector; this is absolutely important. There are so many who could consider this a low-hanging as a corporate social responsibility measure if we want to get them even more interested in this,” he stressed. “Somehow, if we can find a way to involve them much more, we might be able to get increasingly better results.”

Minister of Water Resources Suleiman Adamu said that there had been a surge in the number of states that had inaugurated their campaigns from 19 in 2020 to 36 in 2021.

The minister disclosed that between January and May 2021, an additional 33 local government areas had achieved Open Defecation Free (ODF) status.

He further revealed that an estimated 15 million persons across the 774 local government areas nationwide had been reached with key campaign messages collaborating with the National Orientation Agency.

“The whole campaign is focused on encouraging citizens to take sanitation as a personal responsibility,” said Mr Adamu.