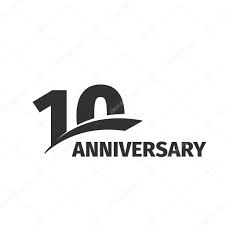 The group’s Secretary-General, Professor Rotimi Olatunji, in a statement issued on Friday announced that the event slated to commence on 15th November 2021 by noon at the Excellence Hotel, Ogba, Lagos.

And part of the programs to mark the anniversary includes empowerment schemes, charity programmes and an award ceremony that would feature a keynote lecture on ‘Youth Unemployment, National Security and Sustainable Development’, to be delivered by Mr Adeyinka Olumide-Fusika (SAN), a Managing Partner of Citipoint Chambers, Lagos.

The Guest Lecture flags off a week-long celebration of the organisation, which will then be rounded up at a 4-day International Retreat of the Club.

Speaking on the significance of the theme of the Lecture, Lekan Adebayo, the President of the Club, and CEO of Lekan Adebayo & Co said that the Club is keen on drawing the attention of all sectors of the Nigerian society to the need for concerted efforts towards tackling the menace of unemployment.

“Zionists International Club wants to call on all to decisively address the problem of massive youth unemployment and under-employment, along with associated challenges of youth restiveness, rising waves of crime and criminality, banditry, religious and other forms of terrorism, prostitution, Internet fraud, rape, forced migration and other national security challenges,” he said.

The event which will be chaired by Dr O.O. Kukoyi, Founder of ACE Medicare, Ota will have several distinguished guests and students of tertiary educational institutions in Lagos State, Nigeria, will be in attendance.

According to the statement, the guests would include but not be limited to the University of Lagos, Lagos State University, Yaba College of Technology, Nigeria Institute of Journalism, and Lagos State Polytechnic.

Also, some personalities have been earmarked to be presented with Awards of Excellence for their Life Of Integrity.

Some of the awardees are, Adeyinka Olumide-Fusika, SAN, for his consistent passion for the progressive cause of Nigerian youths; Comrade Femi Aborisade, Esq, in his zeal to the progressive struggles of the Nigerian Labour Movement, the plight of the oppressed, and enthronement of a just, equitable and egalitarian Nigeria; and Mr Shola Akinlade, for his commitment to youth empowerment in Nigeria.

The Anniversary Lecture will also feature Women Empowerment Programme and financial grants to widows as well as a visit by the Zionists International Club members to Ijamido Homeless Children’s Centre where the Club will offer financial, food and other material support to the vulnerable children.

Zionists International Club was established in 2011 and registered in 2017. Some of their set objectives are to develop leadership skills, entrepreneurship, good citizenship and ethical values in its members, youths and other segments of the society.