CELEBRITY GIST: Did Mercy Eke just get lip fillers? Some fans think so.

Winner of the Big Brother Pepper Dem edition, Mercy Eke, has indeed been ‘peppering’ us – with business launches, vacations or just slaying with her hard-to-beat fashion. But the Queen of Highlight may be adding another attention-catcher to the mix.

In time past, rumours claimed that the BBN star had gone under the knife for different bodily procedures, rumours which she dismissed. But could this still be the case?

A recent video seen on her social media pages has made fans think otherwise. The video showed mercy basking in the rays of the sun whilst enjoying her vacation in South Africa.

But something in particular did not go unnoticed by her followers.

Her lips seemed fuller, and it was identified by numerous users as well.

Mercy however hasn’t come out to deny or confirm any of the comments by her fans. So could it be the comments were right?

She later posted a picture of herself all glammed up; her lips compared to her posts in the past seemed very different as well. 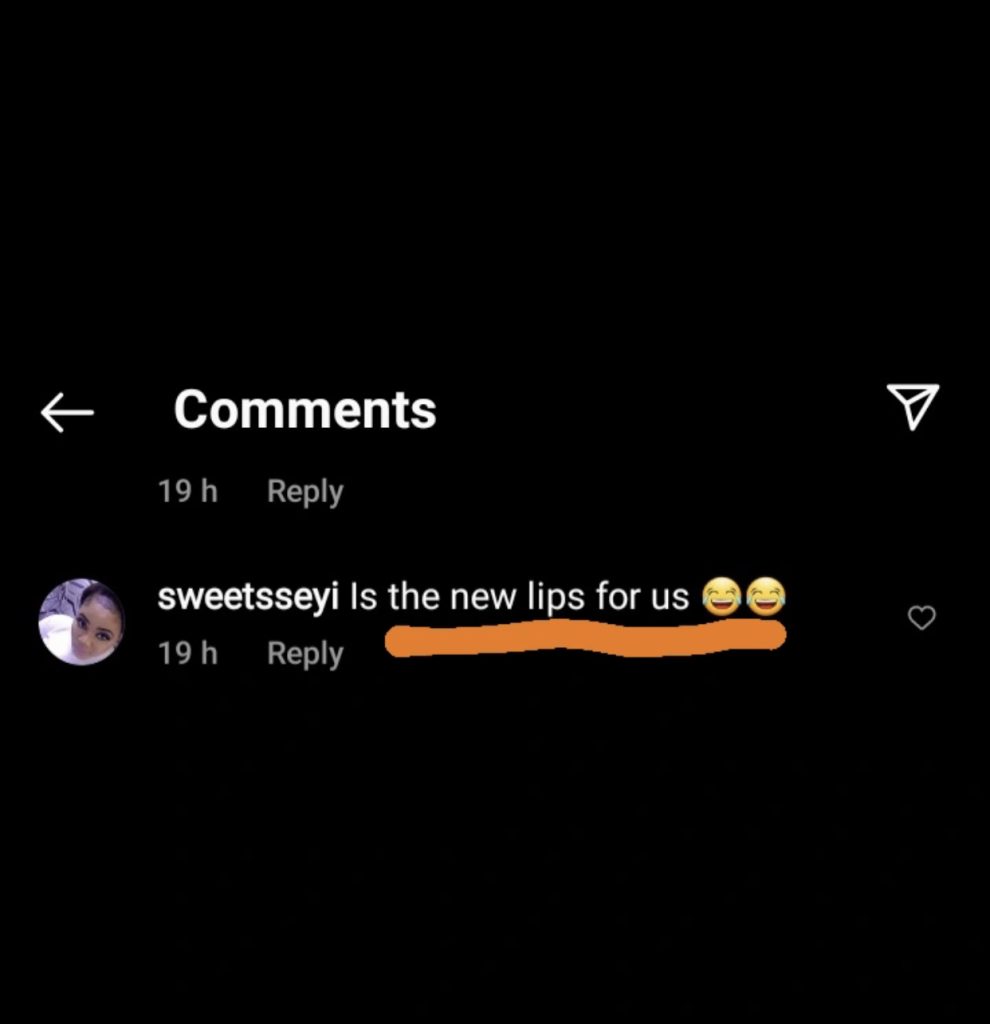 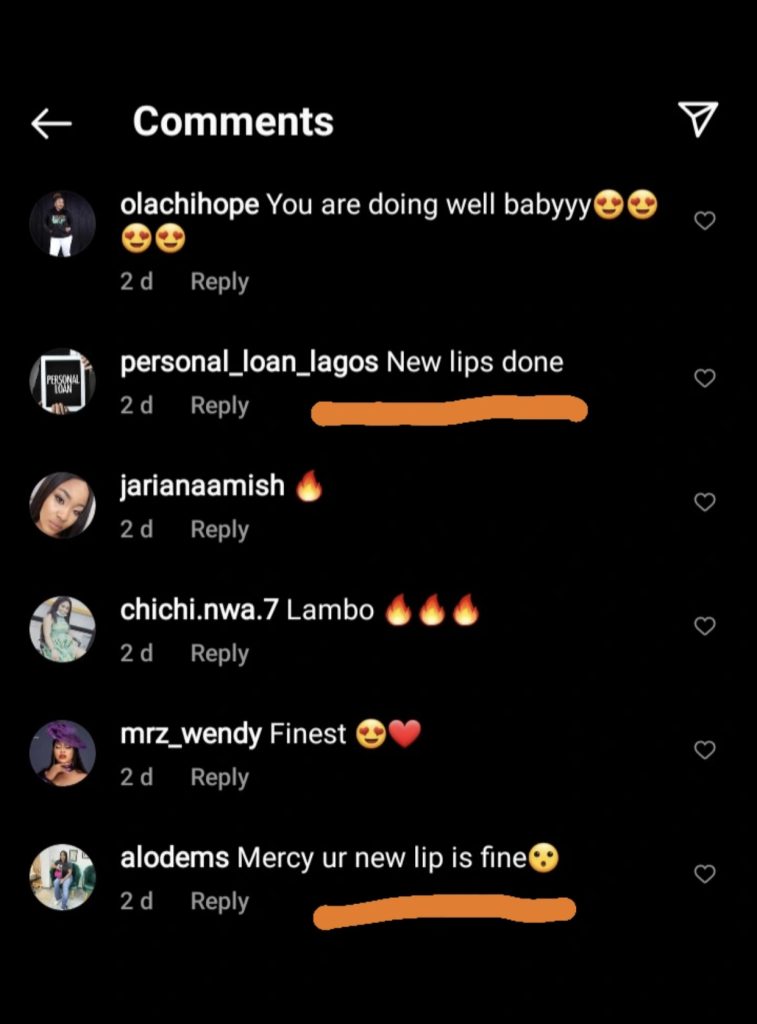 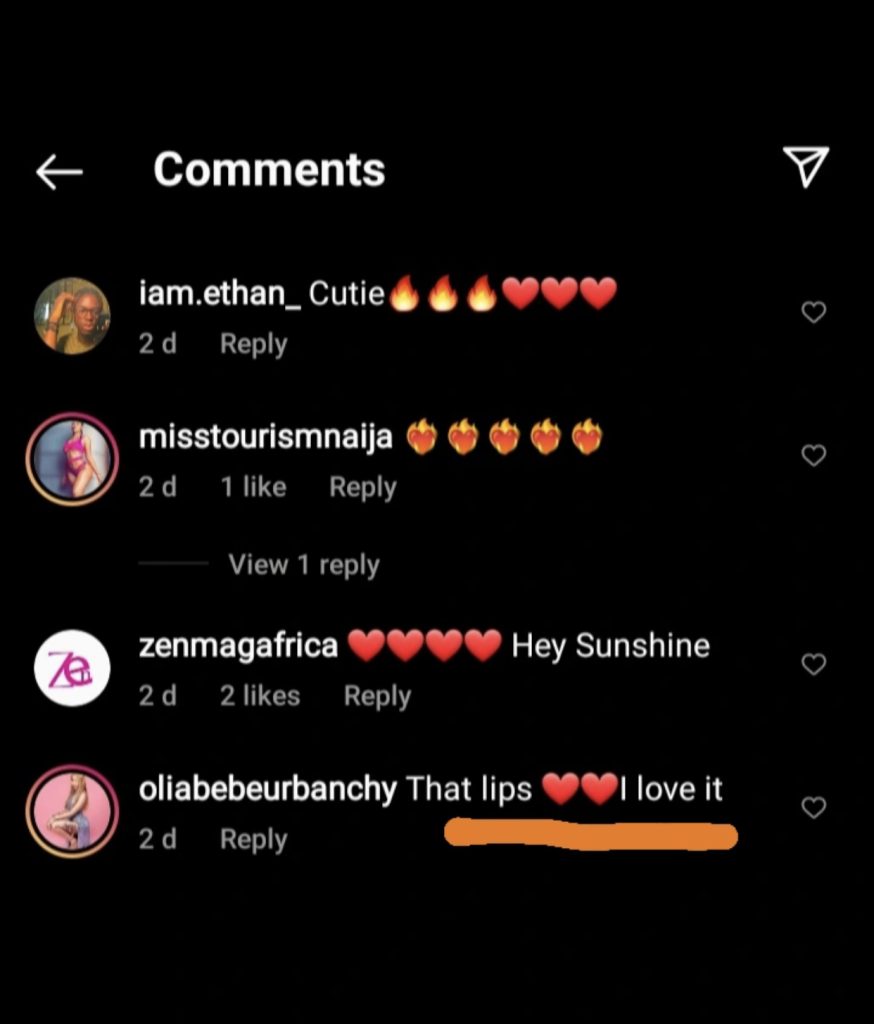 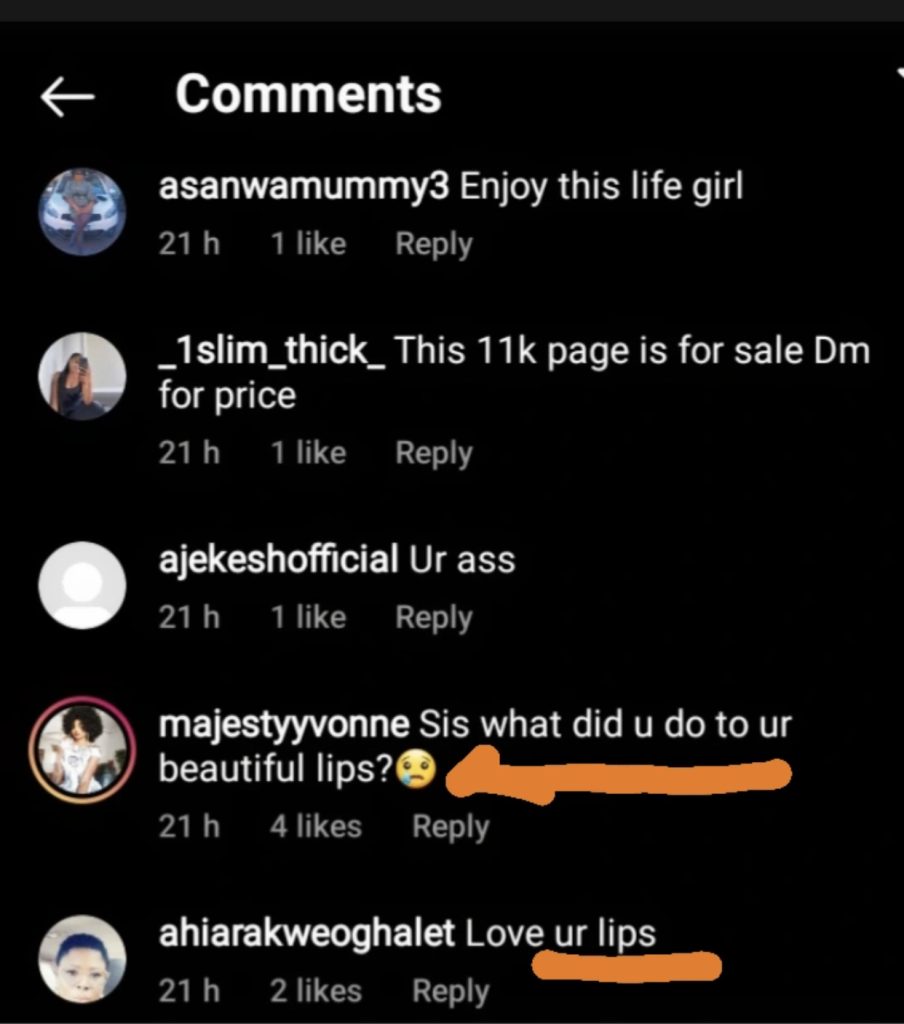 So the question still remains: Did Mercy get lip fillers?