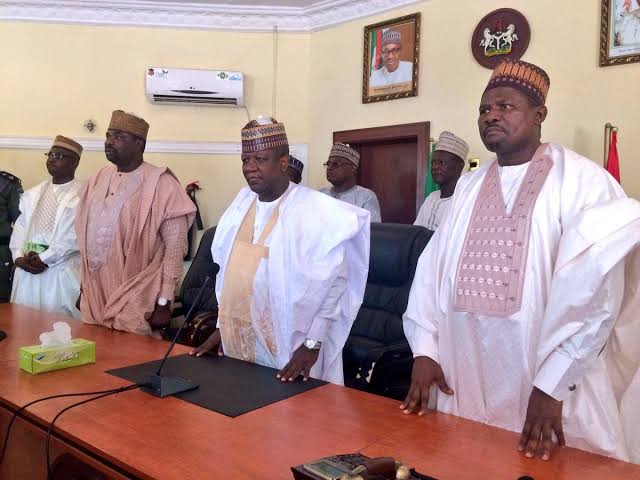 The Zamfara state chapter of the All Progressives Congress is enmeshed in a fresh crisis as the Yari/Marafa camps split.

The spokesperson for the Sen Kabiru Marafa faction, Alhaji Bello Maradun, in a statement on Saturday announced that the ward congress was successful in all the 14 local government areas and the 147 wards in the state.

But the faction loyal to a former governor of the state, Abdullaziz Yari, had in February this year, reached an agreement with the Marafa faction to work together following the intervention of the presidency and the Governor Mai Mala Buni led Caretaker/Extraordinary Convention Planning Committee after three years of bickering and acrimony.

There was relative peace in the state chapter of the party until the defection of the state governor, Bello Matawalle in June this year.

Matawalle’s defection created a new crack as the old members of the party (Yari and Marafa camps) and the new members led by the state governor failed to agree on the sharing of party positions among other things.

The inability of the tendencies in the state chapter to integrate forced the national leadership to delay the conduct of the party’s congresses in the state. Nah

But on Wednesday, the party via a letter dated November 10, addressed to the Chairman of INEC, Prof Mahmood Yakubu said that it had rescheduled its congress in the state for Saturday.

But the spokesperson for the Marafa faction, Maradun, said that members of the Lawal Liman Kaura camp loyal to Yari were not part of the congress they organised.

He said, “Therefore, I wish to clearly state that our ward congress is genuine, legal, constitutional, democratic and in accordance with our dear party’s constitution.

“Our elected ward executives are grassroots politicians committed to ensuring the success of our party at all levels. They were not selected by Senator Marafa or former governor Yari, they were elected by members of our beloved party.”

He urged the newly-elected officials to carry everybody along in the running of the party at the ward level.