Anambra election: How could I have lost my ward when APGA chairmen joined APC – Andy Uba 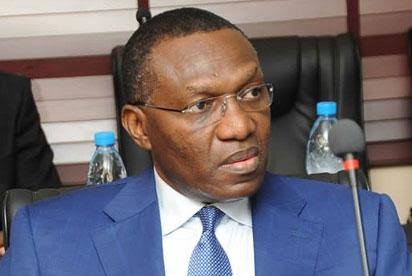 Uba, while speaking with party members on Saturday, insisted that the election was fraught with irregularities.

He vowed to challenge APGA’s victory at the poll in court.

According to Uba, there is no way he could lose in wards where the ward chairmen dumped Governor-elect Charles Soludo to join the APC a week before the election.

He said, “I am confident that APC will reclaim the mandate at the court.”

Uba urged party members not to be discouraged by what happened.

According to him, once he is fighting, he does not look back, noting that the party will reclaim its ‘mandate’.

According to him, what happened in the election was a temporary setback, stressing that the party would retrieve its mandate.

He also decried party chieftains who he alleged worked against the APC on the election day.

“I am not hungry, and nobody here on the high table is hungry and by the grace of God we will recover this mandate,” he said.

Also speaking during the parley, his running mate, Mr Emeka Okafor, said he would not accept the outcome of the election.

According to him, there were a lot of odds against the party during the election.

He said that INEC did not come to his polling unit until 3 pm and by 4 pm the election ended.

“I am confident that we will retrieve the mandate in the court. It is not you all over yet”, he said.