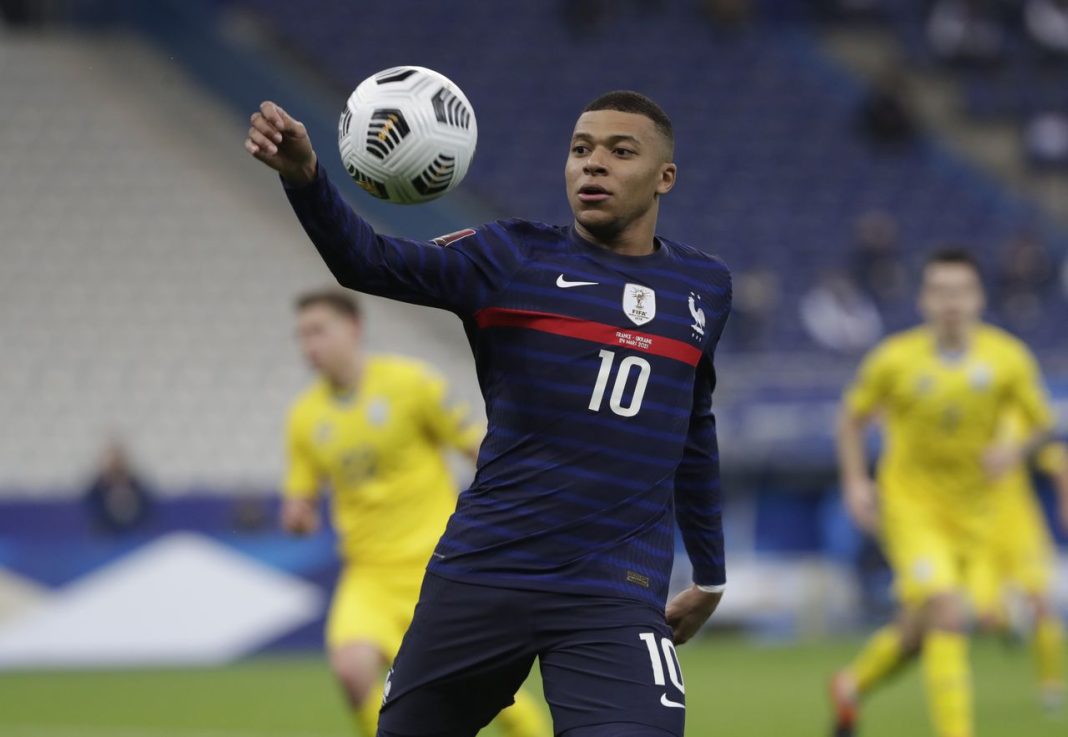 France booked their spot at Qatar 2022 in style with an emphatic victory over Kazakhstan.

Kylian Mbappé gave France an early lead in Paris when he finished from Theo Hernandez’s cut-back, before doubling his tally a few minutes later, with Kingsley Coman getting the assist.

Mbappé then completed his hat-trick after just 32 minutes with a powerful header from Coman’s cross.

Karim Benzema got in on the act to make it 4-0 in the second half, before quickly netting his second goal to make it 5-0 a few minutes later.

Adrien Rabiot then increased France’s lead to 6-0 with 15 minutes remaining, before Antoine Griezmann made it seven from the penalty spot after he had been brought down by Vladislav Vasiljev.

And the reigning world champions weren’t done there, with Mbappé adding his fourth of the night to make it 8-0 late on.