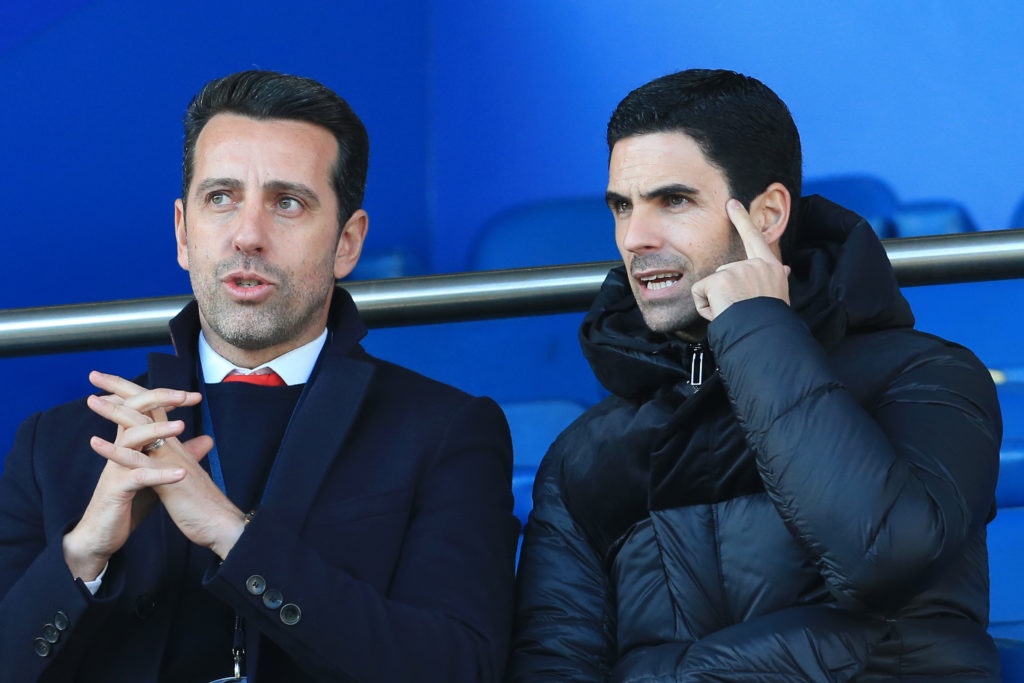 Arsenal are set for another busy transfer window in January as manager Mikel Arteta and technical director Edu continue to overhaul the playing staff at the Emirates.

Mikel Arteta is set to continue his drastic Arsenal overhaul with reports of another five first-teamers set for January moves.

Under the Spaniard, the Gunners have completely overhauled their squad, with more than 20 players leaving in 2021 alone.

The club’s much maligned ownership group KSE heavily backed Arteta to the tune of almost £150million.

And that summer spree is already paying dividends with Arsenal finally starting to look forward after a dismal start to the season.

The huge turnover of players has been explained by technical director Edu as necessary in order to give the club a solid foundation for years to come.

Many of the departures have been ageing players, or those with a short time left on their contract.

That pattern looks set to continue in January, with Football.London claiming Alexandre Lacazette, Bernd Leno, Sead Kolasinac, Eddie Nketiah and Mohamed Elneny could all be moved on.

All but one of those in Leno, are set to become free agents in the summer and therefore the upcoming window represents the last time they will be able to recoup any kind of fee.

Of course, there is the potential that some could sign pre-contract agreements to leave in the summer, but for all intents and purposes their time at the Emirates will end in the new year.

That list is perhaps most startling as it represents a clear shift from Edu’s public reveal of Arsenal’s leadership group.

Speaking in September, the Brazilian told Sky Sports: “How are you going to create a solid foundation? And then you say okay, but they are young.

“They are young but we have five senior players in the squad and in the first XI in Bernd Leno, Granit Xhaka, Thomas Partey, Alexandre Lacazette and Pierre-Emerick Aubameyang.

“Maybe people don’t, but we believe five guys can lead the team with the youngsters and with the new signings to go to the next step.

“Yes, and why? Because we made these kinds of decisions to create something to go to the future with.”

Arteta has previously suggested he would like to keep Lacazette, but his decision to relegate Leno to the bench weeks after Aaron Ramsdale’s arrival said it all about his standing in the squad.

In fact, the Gunners boss’s pointed remarks about the emerging leaders within his squad, perhaps shows a difference in opinion between the two men in charge of transfers.

“I think we are building some leadership in the group,” Arteta explained last month. “It’s a really young group, with a lot of players under 23.

Arteta will hope that for his sake, his call to almost halve the group tasked with holding together his project, will pay off handsomely.