Economy is in crisis, admit your failure – TEIN to Ghana VP, Bawumia 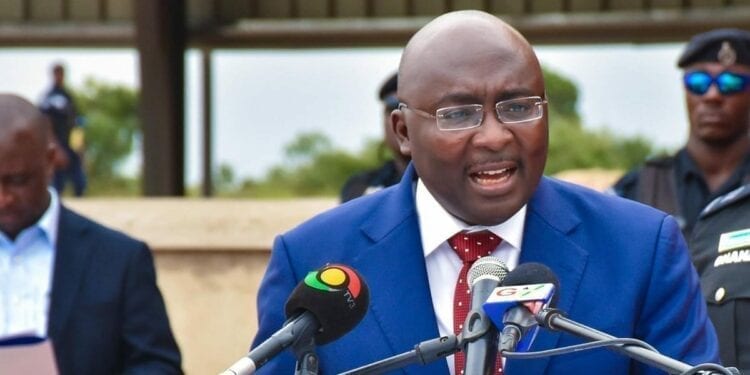 The Tertiary Education Institution Network (TEIN), a youth wing of the National Democratic Congress (NDC), has told the Vice President Dr Mahamudu Bawumia that the local economy is not doing well under his watch as the head of the economic management team.

TEIN in a statement asked the Vice President to admit he has failed and apologize to Ghanaians.

Their statement comes after Dr Bawumia had taken a swipe at critics of government’s impassioned drive to digitise the country’s economy.

He stressed that a digitised economy is a massive economy, which, to him, is so obvious for any Sixth Former to understand.

“Ladies and gentleman, the digitised economy is a massive economy,” he stated at the 76th graduation ceremony of the Trinity Theological Seminary, Legon, on Saturday, November 13.

“That should be obvious to anybody who has done Sixth Form Economics and they should understand,” he added.

“But if you don’t understand that it is a massive economy, then you shouldn’t blame me. You should blame your Sixth Form Economics teacher.”

The Vice President’s comments come after his opponents threw a barrage of criticisms at him for reducing economic management to digitalisation.

It followed his address to students at the Ashesi University on Tuesday, November 2 on ‘Transforming An Economy Through Digitalisation: The Ghana Story’.

Some of his critics said he appears to have taken up the role of the Minister of Communications and Digitalisation. Others like his major opponent John Dramani Mahama thought the economy is still in serious crisis under the current government.

The former Vice President said at a public lecture on Wednesday, November 10 that the solution to the country’s problems has been reduced to PR, sloganeering, divisive rhetoric, populism, plain political deception and suchlike.

“Beyond these spirited linguistic acrobatics, the plain truth, which we all see and feel, is that the Ghanaian economy is in deep crisis,” the former President stated at the end of his 16-region Thank You tour.

“At the micro level, we feel the heavy impact of a troubled economy when we go to the market and find prices of basic items rising with alarming rapidity.”

But Dr Bawumia believes the measures put in place by the current government by way of the digital infrastructure have already even begun paying dividends.

“Through digitalisation, we have been able to tackle corruption at the Passport Office,” the Vice President cited.

“It used to be very endemic [but] today you can sit at home , apply for your passport and it can actually be delivered for you at home.”

But in a statement signed by its Deputy Coordinator, Ekow Djan, TEIN said “Ghana’s economy is in deep crisis under the self-styled economic guru Dr Mahamudu Bawumia.

“This is the time we expect the Vice President to eat a humble pie and apologize to Ghanaians for his failure as the Head of the Economic Management Team. Ghanaians can no longer bear this hardship.”