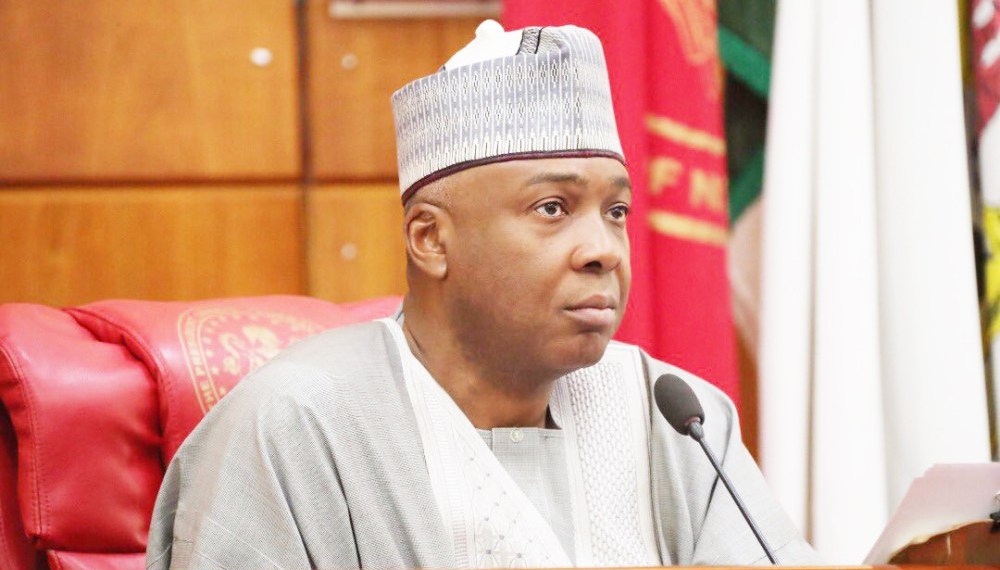 Former Senate President of Nigeria, Abubakar Bukola Saraki has thrown his weight behind the adoption of direct primaries for political parties.

Saraki gave his support when he spoke with journalists in Ilorin on Sunday at the 9th memorial prayer for his late father, Dr Olusola Saraki in Ilorin.

He said that the debate generated by the passage of direct primary for political parties by the National Assembly must not be allowed to scuttle the electoral bill.

According to him, the important thing is for President Muhammadu Buhari to sign the assent to the electoral bill for Nigerians to benefit from its other parts.

“But I am sure Nigerians are not prepared for it because there is still a lot of work to be done.

“But now the National Assembly has passed it, we should make the best out of the situation rather than allowing the controversy one item to throw away the other good parts of the bill.

“What is important, is for the President to assent to it and enable Nigerians to benefit from the other parts.”

On the performance of the Peoples Democratic Party at the recent election in Anambra where the party came a distant third, Saraki noted the exercise was a success for Nigeria and democracy.

“The Anambra election was a success story for Nigeria because many of us were sceptical that it would not hold.

“But it not only held, it was peaceful and credible and we commend INEC for bringing in technology which we have advocated to improve our electoral process.

“Yes, there are still some works that needed to be done, no doubt, but we can improve on that for the next election to be better. People can now say we are having elections that are closer to best practices. That election was a good day for democracy and Nigeria and we thank the security agencies also”, he added.

Saraki said the PDP has demonstrated the capacity and leadership qualities to deliver the country with the way its leaders reconciled themselves to hold the National Convention.

He further noted that what is important now is Nigeria and not personal ambition of anybody.

“The party that cannot manage itself cannot rule the country”.

The former Senate President described his late father as a selfless leader which Nigerians should adopt today in the light of the country’s sorry situation.