I have no plan to dump PDP – Gov Obaseki 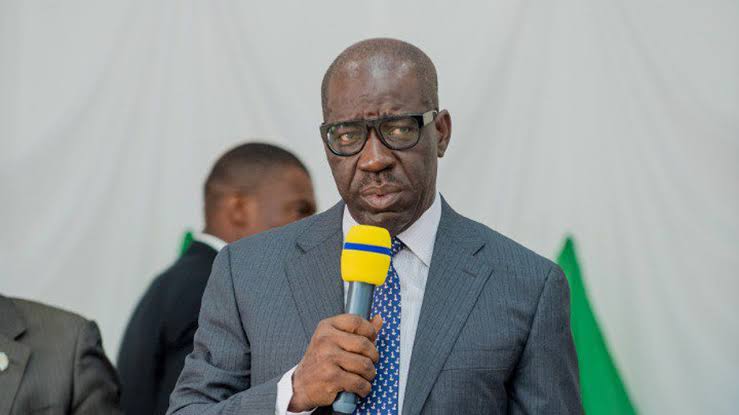 The Edo State Governor, Godwin Obaseki, has said he has no plan to dump the Peoples Democratic Party for another political party in the country ahead of the 2023 general election.

Speaking during a banquet at the weekend in Benin as part of the activities for this year’s Alaghodaro Summit, he said his party affiliation will not alter development plans for the state.

He said his government is committed to ensuring a progressive and prosperous Edo State where all citizens will live life to the fullest.

“No matter the persuasion to join any political party, I will not. I will continue to provide leadership for all Edo people.

“We don’t need to join another political party to develop Edo to become a home for all.”

He said his re-election for a second term in office during the 2020 governorship election in the state had redefined politics in Nigeria.

READ ALSO: What Maina’s jailing reminds me of –PDP chieftain

He said, “Since I became the governor, I have insisted on doing things differently and appropriately and that led to the revolution in Edo State during the governorship election in the state.

“We saw the same thing happened in the Anambra election won by Prof. Charles Soludo and it will also reflect in other elections in 2023.”

Obaseki said his goal is to position the state to where it should be, claiming that Edo was created to provide leadership for the country.

According to him, Alaghodaro Summit has become a platform his administration is using to prepare the youths of the state for tomorrow’s leadership position.

He added, “In the last five years, we have been in the foundation laying the stage for the development of our state.

“That era has passed and now it’s time to move as fast as possible in developing the state because the challenges and barriers have been taken care of.”