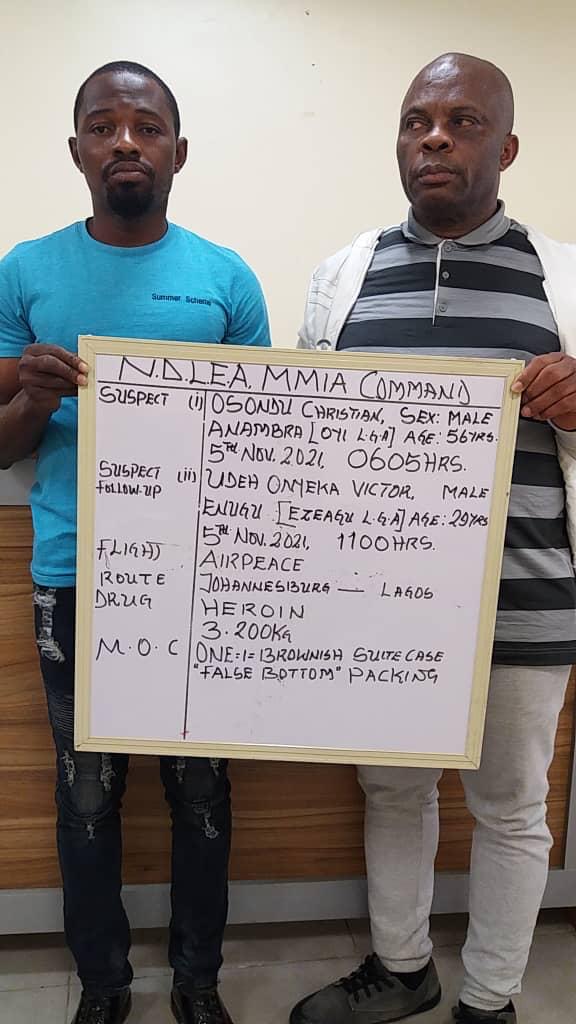 Operatives of the National Drug Law Enforcement Agency have intercepted fresh consignments of cocaine and heroin with a combined weight of 16.85 kilogrammes worth over N4.9 billion in street value at the Apapa seaport and Murtala Muhammed International Airport, both in Lagos. 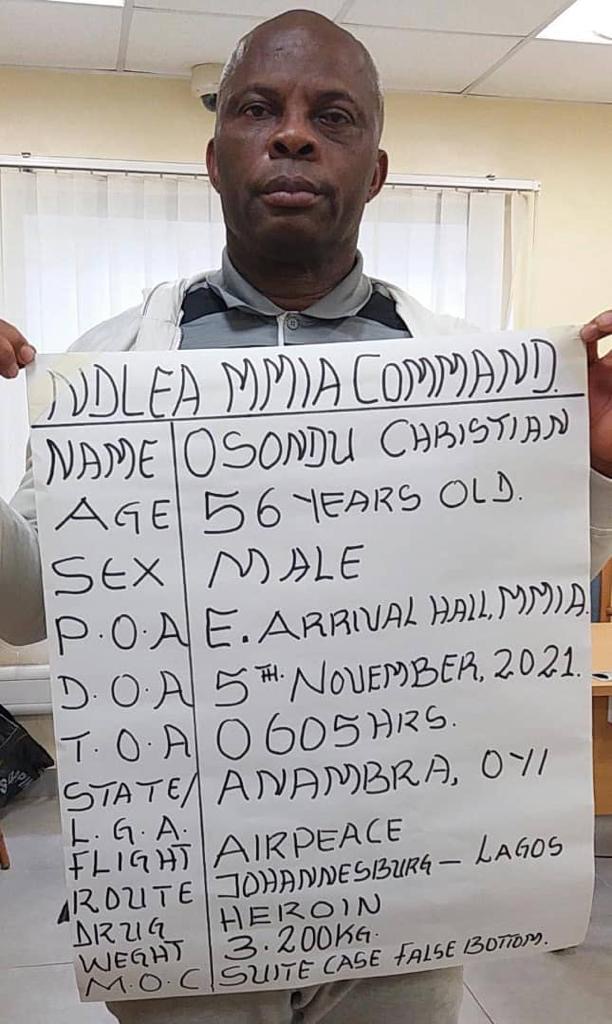 According to the NDLEA’s spokesperson in a statement issued Sunday, the inception was done just seven days after they seized 13.65kg of cocaine on board a ship MV Karteria that came into the Apapa port from Santos, Brazil, and arrested four persons linked to the consignment. And barely three weeks after, 32.9kg of cocaine was intercepted at the port on another vessel, MV Chayanee Naree, also from Santos, Brazil.

In the same vein, NDLEA said their follow-up operations have made no fewer than five arrests in different parts of Lagos and Delta states. 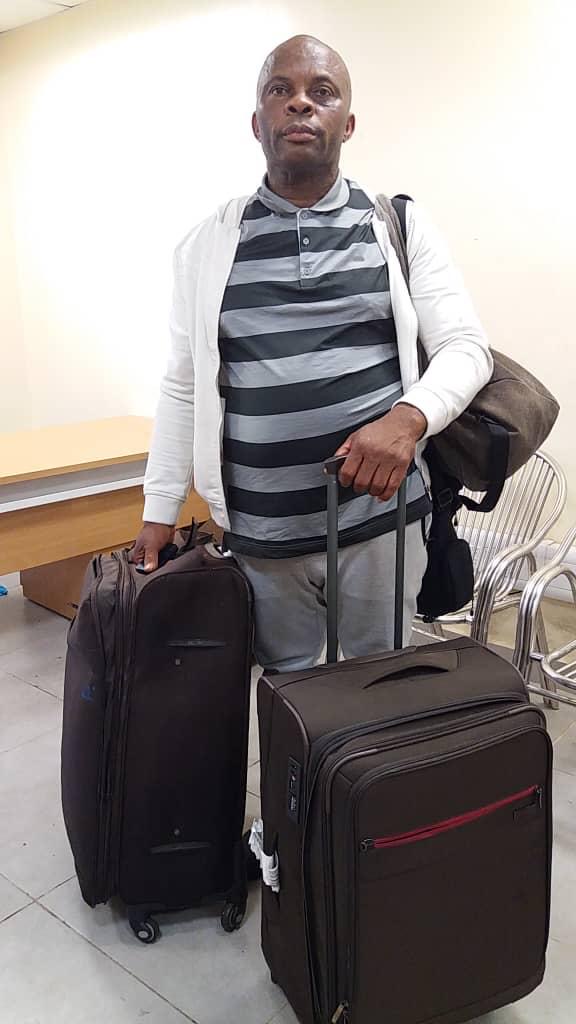 The suspects were arrested in connection to the seizure of 3.200kg Heroin found on a passenger, Christian Osondu at the E- Arrival hall of the MMIA, on Friday 5 November.

Osondu was nabbed during the inward clearance of Air Peace flight passengers from South Africa. 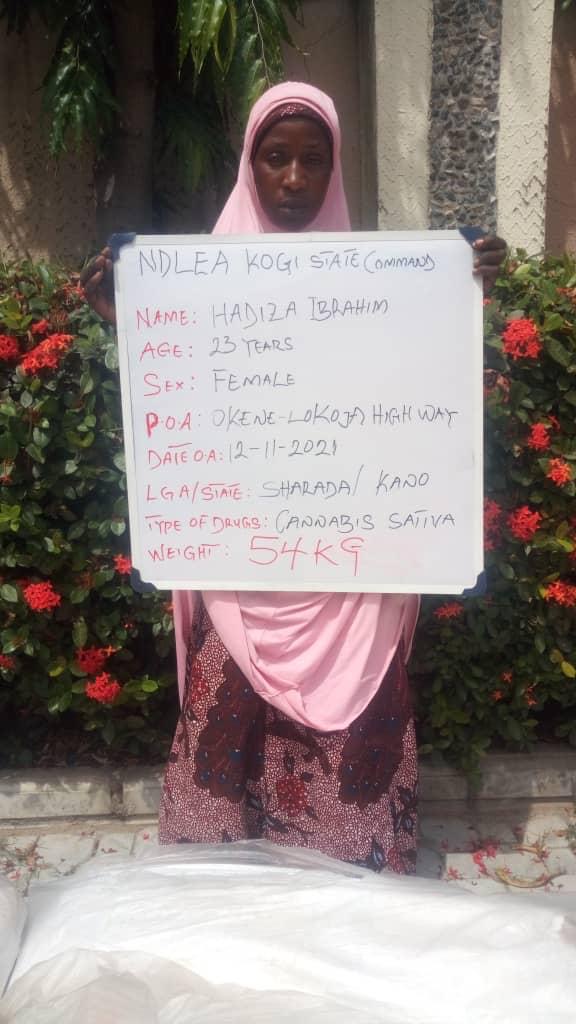 Babafemi stated, “A swift follow up operation same day led to the arrest of one Ude Onyeka Victor, at Mafoluku area of Oshodi, Lagos.

“Ude Onyeka confessed that his elder brother, Ikenna Ude, who is based in South Africa, had instructed him to collect the bag containing the drug and hand it over to another person who was supposed to come from Delta State.

“A second follow up operation led to the arrest of Abanjo Innocent who came to Lagos from Delta State to pick the bag containing the drug around Cele Bus stop, Okota, on Saturday 6 November. 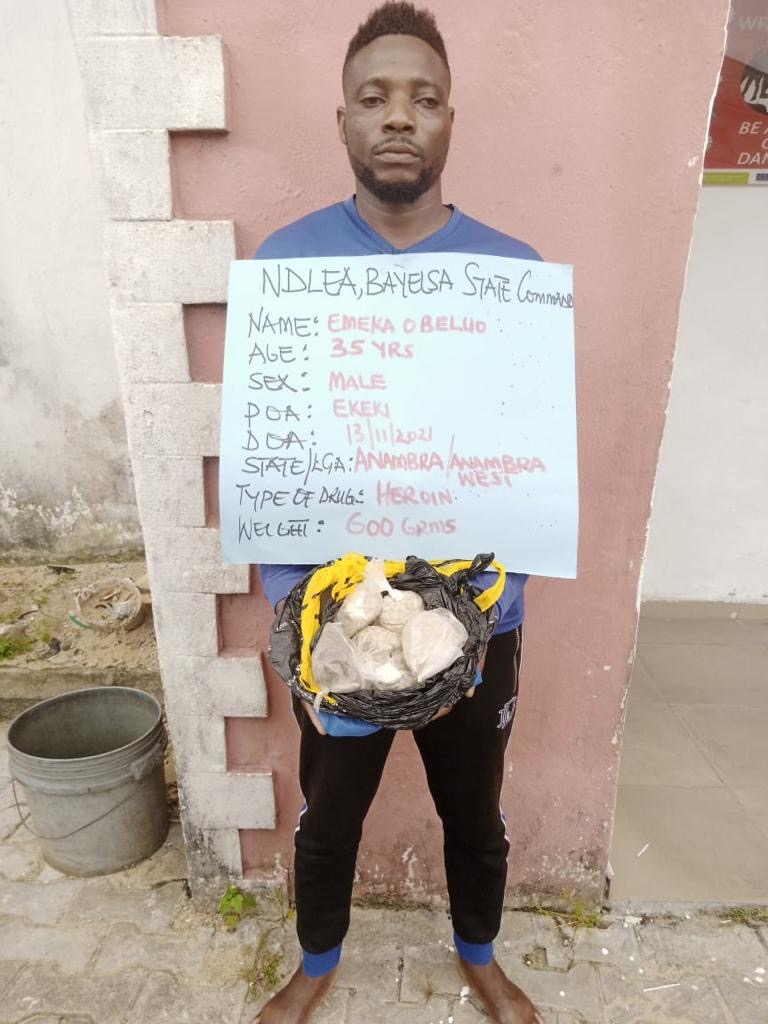 “He also confessed that he was contracted by one Oseki Chinedu, who is based in South Africa to travel to Lagos to collect the bag and bring it to Agbor junction, Delta State.

“The third follow up operation led to the arrest of Ihator Theophilus Isioma at Agbor Junction, Delta State on Sunday 7 November.”

The suspect who is a motor spare parts dealer based in Douala, Cameroon had arrived at Yenagoa by waterway to waybill the substance to an undisclosed address in Lagos.

No less than four suspects were arrested and different quantities of cocaine, cannabis, tramadol and Methamphetamine were seized from them during weekend raids at Rumuokoro, Elelenwo and Omagwa/Elele communities in Rivers state.

In a similar development, 23-year-old Hadiza Ibrahim was arrested on Saturday 12 November along Okene-Lokoja highway with 54kg of cannabis, one Sunday Nnam a.k.a Idowu was nabbed the same day in the Emene area of Enugu with 45kg of the same substance.

Another is one Umar Muhammad who was arrested with 25,700 capsules of Tramadol weighing 15.1kg in the Tudun Hatsi area of Gombe.

In Ogun state, following credible intelligence, two suspects; David Oduku, and Ifeanyi Raphael, were intercepted along with Ore- Sagamu expressway with 364.98kg of cannabis being conveyed in a blue Toyota Sienna bus, while two suspects; Buhari Jamiu and Ajibola Jimoh were arrested in the early hours of Sunday 14th November with 189kg of cannabis at Olorunlagba, Bode Saadu area of Kwara state.