INEC registers 4.1m new voters in CVR ahead of 2023 polls 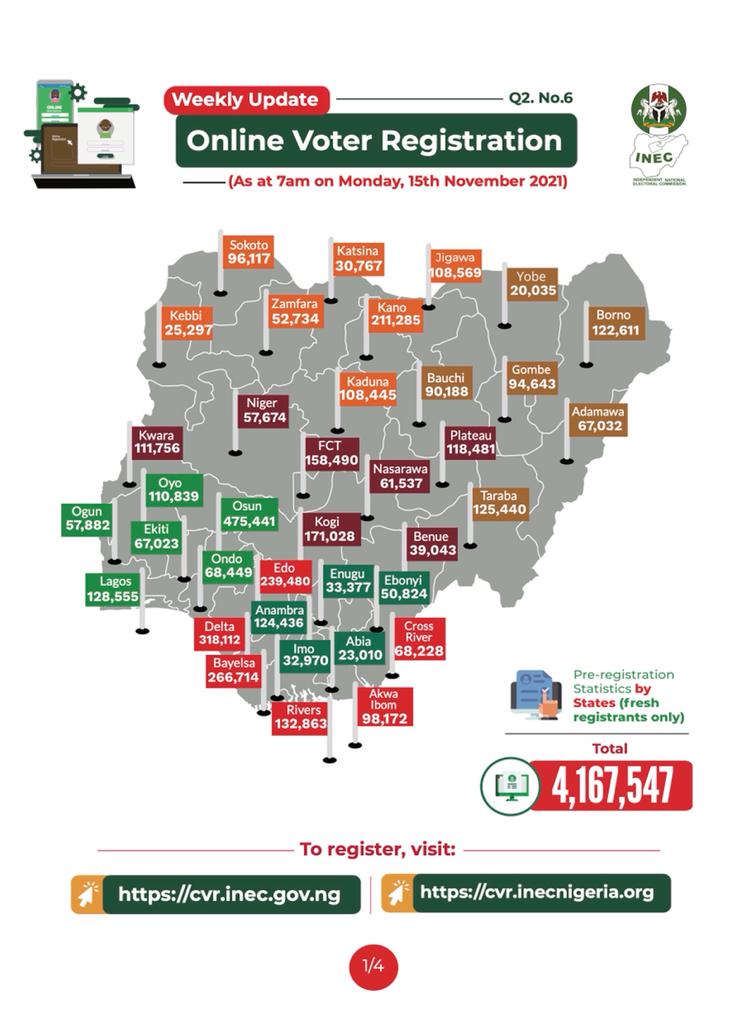 As Nigerians prepare to exercise their franchise in the upcoming 2023 elections, the Independent National Electoral Commission revealed that the ongoing Continuous Voter Registration has hit 4,167,547.

The commission disclosed this in a weekly update released on Monday. 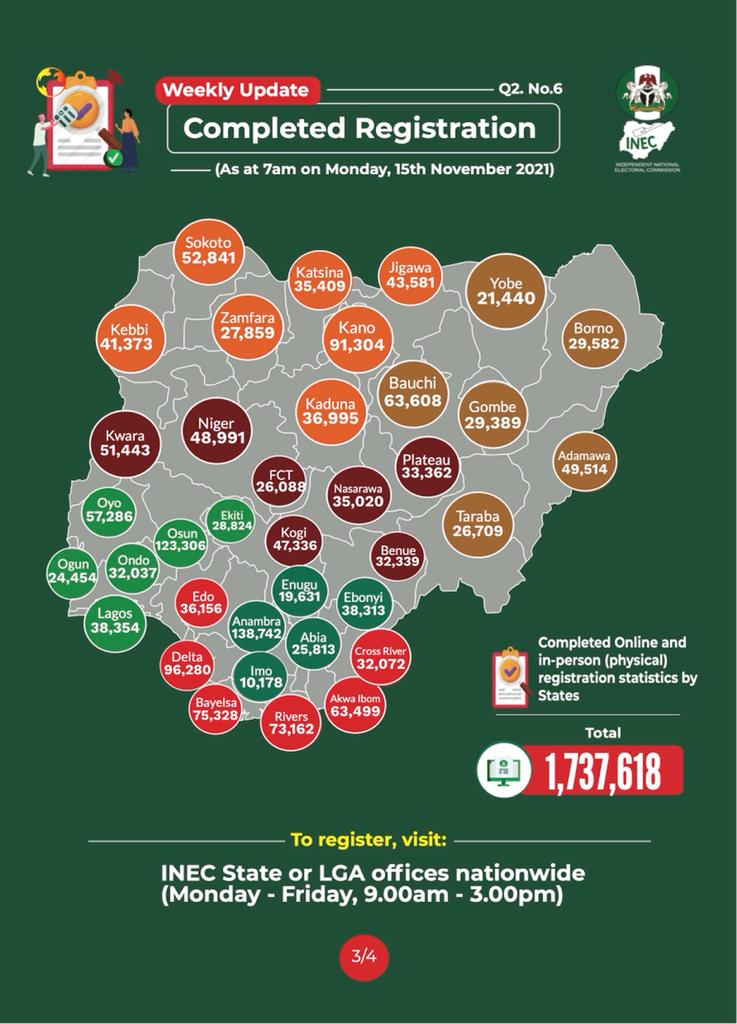 AF24NEWS gathered that the breakdown of the pre-registration statistics shows that Osun state has the highest number of online registrants with 475,441, followed by Delta with 318,112 and Bayelsa with 266,714.

INEC’s update also revealed that the number of registrants who have completed online and physical registration was 1,737,618, made up of 882,624 males and 854,994 females of which 17,619 were people living with disabilities. 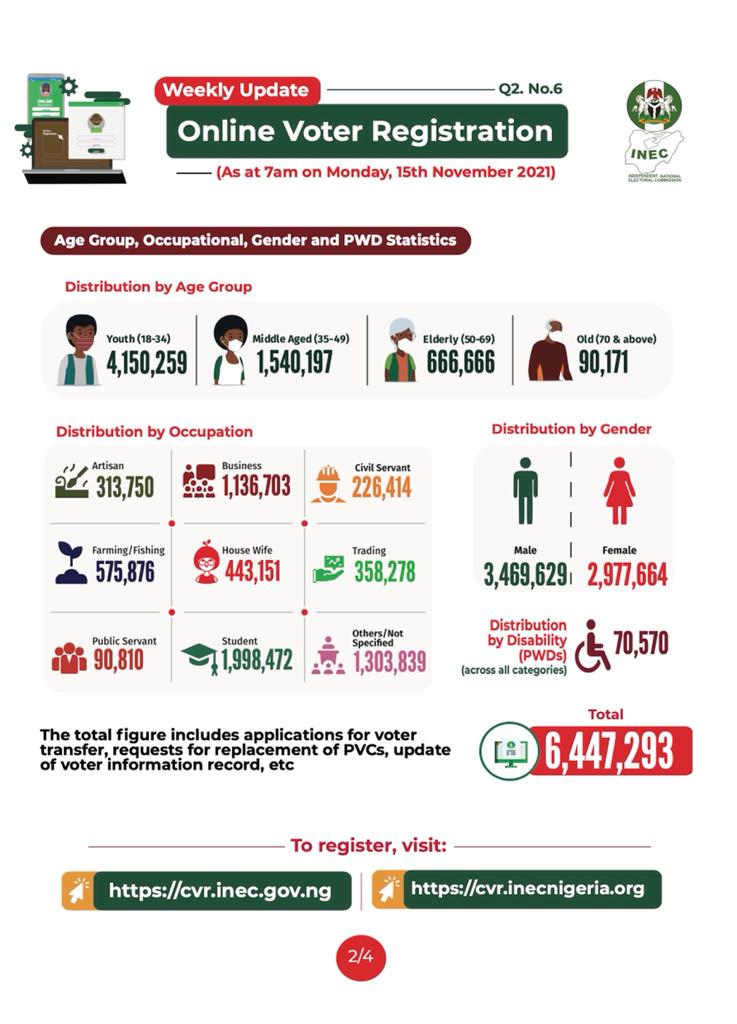 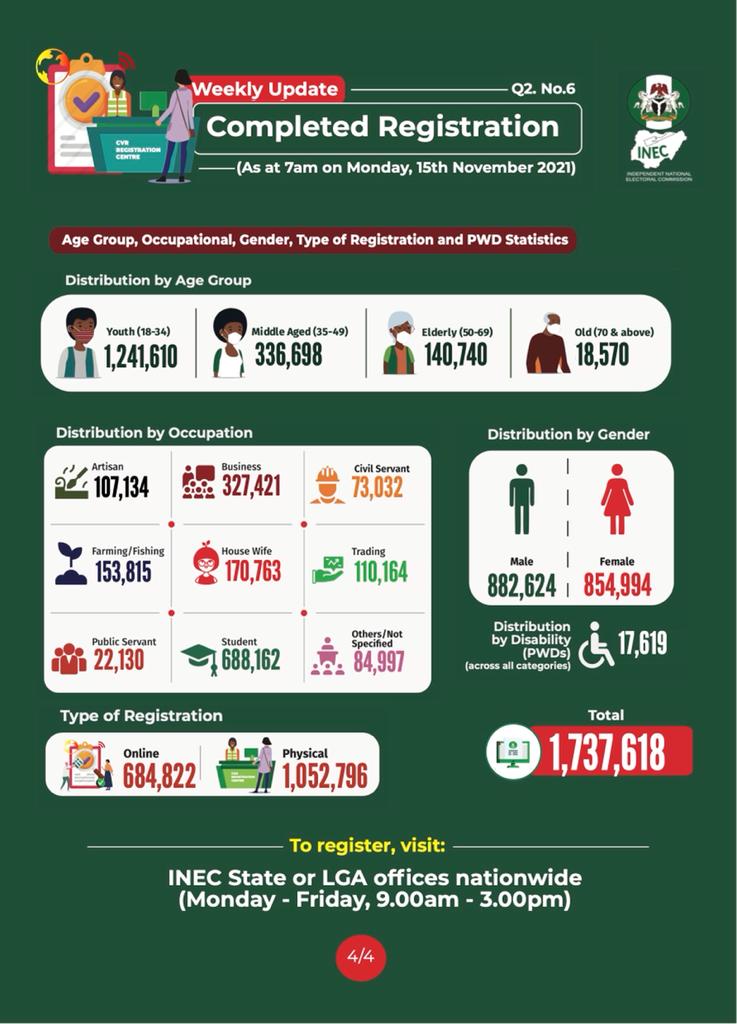 The update also revealed that 684,822 of the registrants registered online, while 1,052,796 completed the process through physical registration.

Also, the data showed that 1,241,610 youths between 18 and 34 years old have concluded registration.