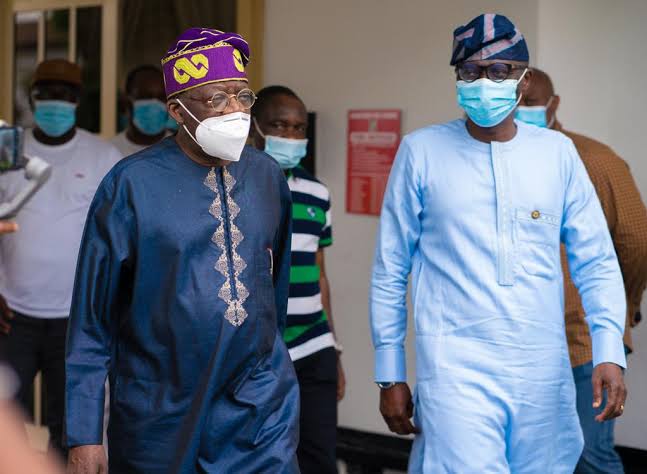 The African Action Congress has applauded Justice Doris Okuwobi-led panel report on judicial inquiry into the shooting at the Lekki tollgate on 20 October 2020.

According to AAC, Justice Okuwobi’s report vindicates their earlier stance that the military and police were deployed in Lekki tollgate with the express order to shoot and kill protesters.

The AAC said the report shows that political leaders like the All Progressives Congress leader, Mr Bola Tinubu; Minister of Information and Culture, Mr Lai Mohammed, and Governor of Lagos, Mr Babajide Sanwo-Olu all have a case to answer over the massacre at Lekki tollgate.

The AAC said this following the findings of the panel set up to investigate the shooting of protesters at the Lekki tollgate in Lagos during the demonstrations against police brutality in 2020.

On Monday, a report of the Lagos state judicial panel on police brutality said protesters were killed at the tollgate in what the panel described as a “massacre”.

In a statement on Tuesday, Femi Adeyeye, AAC national publicity secretary, decried how the government deployed “enormous” resources to deny the shooting, and cover up the alleged massacre.

The statement read partly, “The wicked decision of the Buhari regime which was hatched in Lagos to halt a protest of armless citizens who have only stood against police brutality is a confirmation of its irresponsibility and terroristic tendencies.

“The Justice Okuwobi panel agreed with us that the military under the direct command of President Buhari was at the Lekki tollgate with police officers from different units, including the ‘disbanded’ SARS and they both attempted a cover-up by taking away bodies, destroying evidence and not appearing before the panel as they should.

“What is more unfortunate than the killing is the enormous resources deployed by the state to deny the killing – gross insult on the intelligence of Nigerians.

“Tinubu, Lai Mohammed, Sanwo-Olu and the whole ‘Lagos enterprise’ who sponsored the misinformation should bury their heads in shame as the engine of the vehicle that would convey them to The Hague was ignited yesterday.

“The report has answered the derisive question that was posed at citizens by the ‘Lagos landlord’ (Tinubu) and his gang – ‘where are the bodies?’ The report on Lekki massacre alone listed the names of 38 victims of death, injury and assault.

“This is not to mention the atrocities committed by security agencies in Mushin, Orile, and Alausa parts of Lagos.

“To carry out an order, someone in authority gave the order and that is why we maintain that it is not enough to name and promise to punish those who carried out this most dastardly act of recent history, but that those who gave the order to kill defenceless young people must be brought to book, starting from the Grand Commander, President Buhari.

“Not just the Nigerian courts, the International Criminal Court awaits all of these indicted officers and their commanders and funders in government.

“However good it is to memorialise the day and place where people lost their lives, just for being citizens, we cannot continue this way as a people. It has become second nature of the state to kill and remember or ‘pardon’ innocent people later.

“We just had an anniversary remembrance of the killing of Ken Saro-Wiwa and the Ogoni 8. Nigeria has got too many martyrs.

“It is therefore time for the good people of Nigeria to bury, not to remember again, the state and the system that continues to kill our people and later claim to ‘remember’ them.

“The AAC will be part of all processes that would ensure that justice gets to all victims of this inhumanity perpetrated by men who are scared of their shadows.”