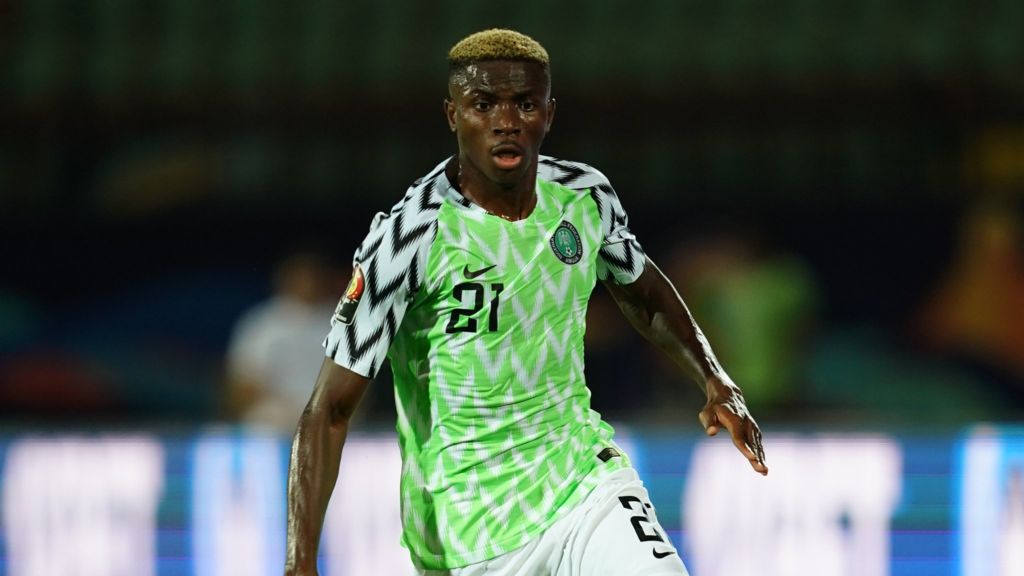 The Super Eagles of Nigeria drew Sharks of Cape Verde 1-1 in the second leg of their FIFA World Cup qualifier at Teslim Balogun Stadium, Lagos State on Tuesday.

Both teams scored in the first 10 minutes of the game.

With the draw, Super Eagles topped Group C with 13 points to qualify for the knockout round.

Nigeria had a dream start when Victor Osimhen opened the scoring with a neat low finish after Moses Simon’s cross was poorly cleared out.

However, Cape Verde, who needed a win away from home to progress drew level five minutes later when Ianique dos Santos Tavares rushed sliding in at the back post to connect to a Kenny Rocha Santos corner.

Alex Iwobi had a chance to take Nigeria back in front but his shot from distance was well handled by the keeper.

Joe Aribo also came close for the Super Eagles, but his low drive off Odion Ighalo’s setup was once again saved by the keeper.

Nigeria has participated in all FIFA World Cup final tournaments since its debut in 1994 in the United States of America, bar the 2006 finals in Germany that she missed narrowly after FIFA opted to use the head-to-head rule in the qualifying campaign, which favoured Angola.

The final round of the African qualifying series will hold in March 2022.