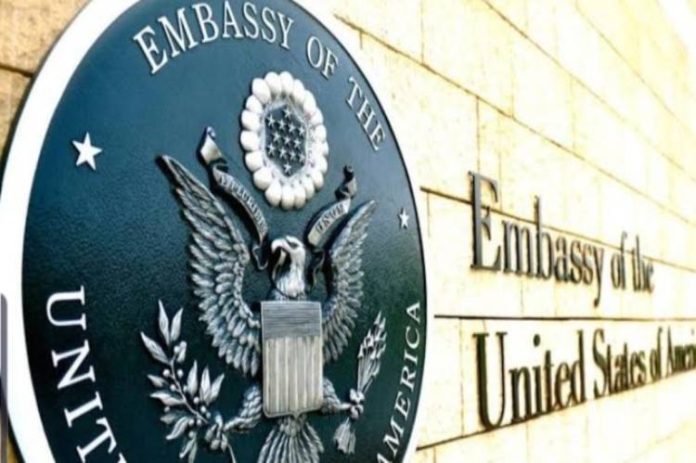 The United States through its Mission in Nigeria has reacted to the Lagos judicial panel of inquiry report on the shootings by security forces at the Lekki tollgate during the EndSars protest on 20 October 2020.

The Justice Doris Okuwobi-led panel on Monday presented its findings on the incident, and described it as a massacre.

On whether there was a massacre at Lekki tollgate on 20 October 2020, the report reads:

“The atrocious maiming and killing of unarmed, helpless and unresisting protesters, while sitting on the floor and waving their Nigerian flags, while singing the national anthem can be equated to a ‘massacre’ in context.”

The panel found that 11 people were shot dead by security forces at the Lekki tollgate – contrary to claims by government officials and the army that no one was shot at the protest venue.

Reacting to the final report by the judicial panel, the US Mission in Nigeria said it looked forward to the response of the federal and Lagos state governments, adding that suitable measures should be taken against those found to have committed human rights abuse.

The US’ statement reads: “The United States welcomes the conclusion of the Lagos State Judicial Panel of Inquiry with the transmission of its final report. We look forward to the Lagos State government’s response as part of a process that represents an important mechanism of accountability regarding the #EndSARS protests and the events that took place near the Lekki Toll Gate on October 20, 2020.

“Those events led to serious allegations against some members of the security forces, and we look forward to the Lagos State and federal governments taking suitable measures to address those alleged abuses as well as the grievances of the victims and their families.”