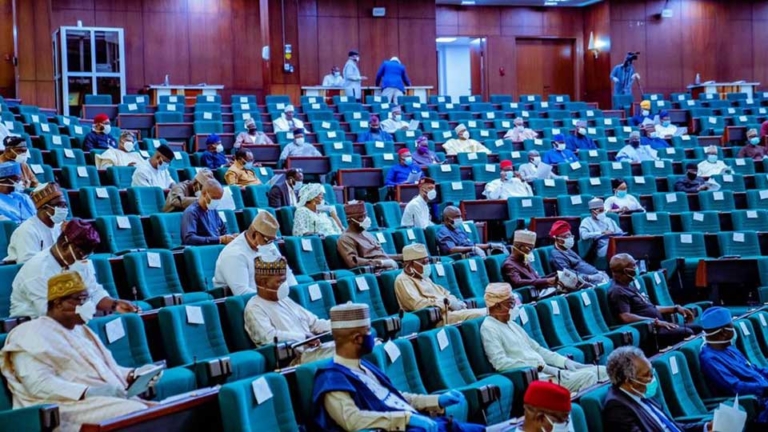 The House of Representatives has resolved to investigate allegations of corruption in the clearing of imported goods by the Nigerian Customs Service (NSC).

The lower chamber mandated its Committee on Customs and Excise to investigate the allegations against the Nigerian Customs services (NCS).

The resolution followed a motion moved by Abbas Adigun (PDP, Oyo) on Wednesday during plenary.

Mr Adigun in his motion said the officials of the NCS create artificial bottlenecks to delay the clearing of goods at the ports.

He stated that “artificial bottlenecks devised by customs officials to exploit importers has resulted in huge financial losses for importers and clearing agents.”

According to Mr Adigun, “the corruption at the ports is frustrating the ease of doing business policy of the federal government.”

On 18 May 2016, the Vice-President, Yemi Osinbajo, in acting capacity, signed an Executive Order on the ease of doing business in Nigeria.

He stated that despite the Executive Order, the level of delay in clearing procedure at the ports in Nigeria was still alarming and had resulted in situations where importers and clearing agents were made to pay exorbitant charges for demurrage to shipping companies and terminal operators.

According to Mr Adigun, after the delay, “importers tend to adjust prices of the goods to reflect the additional expenses, thus creating a situation that is perpetually reducing the purchasing power of the masses.”

In addition, he said, “unless there is a reform of ports operations to reduce the number of Customs units involved in cargo cleaning, the turn-around time will continue to be impacted negatively.”

Consequently, the House urged the Nigerian Customs Service to ensure that import duties and levies for all categories of goods are clearly stated online.

It said intending importers can then simply use their bill of laden details to make payment and that the 24-hour cargo clearance stipulated by the Service is implemented.

Also, the House urged the federal government to ensure that all examining agencies, especially the Nigeria Customs Service are connected to the ‘National Single Window’ project to make the ports more effective.

The committee charged to carry out the investigation was given three weeks to report back to the House.