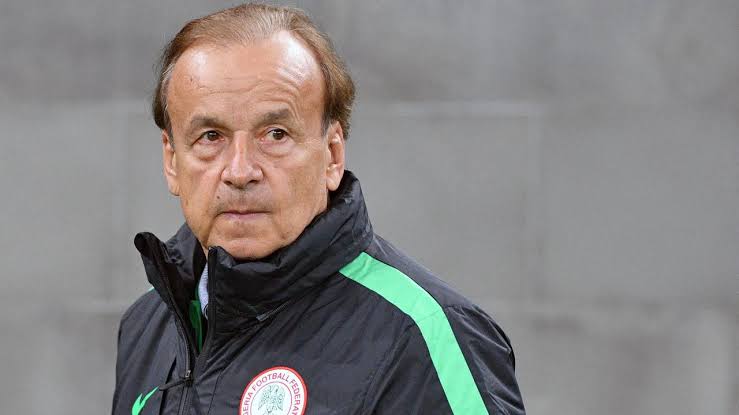 The Nigeria Football Federation (NFF) is beginning to mount pressure on Gernot Rohr to resign from his role as the head coach of the Super Eagles, information reaching AF24news says.

An insider within the NFF sounded the alarm that the top brasses in the federation want to force the Franco-German out because “we do not have a coach in him” despite the “bundle of talents at his disposal.”

Rohr, who got the Eagles job in 2016, has been on the receiving end of criticism from a majority of fans and stakeholders for failing to lead Nigeria to silverware after almost five years in charge.

The criticism became intense recently after a series of unimpressive displays through the Qatar 2022 World Cup qualification campaign.

The Super Eagles suffered a 1-0 home loss to The Central African Republic (CAR) and struggled to secure a 1-1 draw against Cape Verde on Tuesday to book a place in the qualification play-offs.

According to the insider, the NFF executive members held a meeting after the “abysmal performance” at the Teslim Balogun Stadium in which they called for Rohr’s resignation.

The source added that the NFF executive members also “agreed to work something out to force him to tender a resignation to ease the financial burden of sacking him.”

“Rohr needs to go. He will be sacked, and it will be made official soon. It is obvious that we do not have a coach in him with the bundle of talents at his disposal,” the insider revealed.

“A meeting was held by the NFF executive members after Eagles abysmal performance on Tuesday evening against Cape Verde, and everyone wants him gone. But the cost implication has to be factored in.

“But both parties are working something out to force him to tender a resignation to ease the financial burden sacking him will bring to the NFF. But I can assure you that definitely, he is gone.”

It is clear that Rohr is being owed several months’ salary — a development that may influence the eventual outcome of the situation.