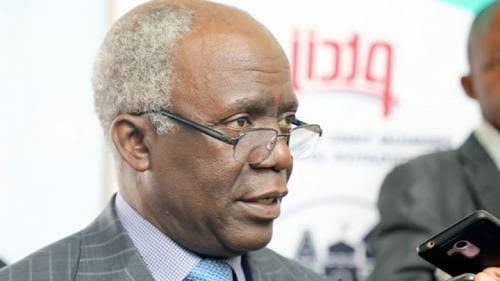 A Senior Advocate of Nigeria (SAN) and human rights activist, Femi Falana has called on President Mohamadu Buhari to institute an independent panel of inquiry to investigate the illegal raid on the home of Justice Mary Odili of the Supreme Court.

According to Falana, the raid on the home of the Supreme Court justice was an embarrassment to the country and should be investigated to forestall future occurrences.

The Senior Advocate spoke when he appeared as a guest on a Channels Television’s programme on Thursday.

Recall that security operatives had invaded the home of Justice Odili, who is second in line to the Chief Justice of Nigeria, Ibrahim Tanko, on information that “illegal activities” were going on there.

The incident drew widespread condemnation from many legal bodies including the Nigerian Bar Association and concerned Nigerians.

Following the public outcry, the Attorney-General of the Federation and Minister of Justice, Abubakar Malami (SAN), distanced himself from the raid on Justice Odili’s home and ordered a probe into the circumstances surrounding the incident.

Later, the Nigeria police high command said it had arrested 14 suspects in connection with the illegal raid, noting that 21 persons were involved, including people from the police, military, journalism and the legal profession.

Speaking on the illegal raid, Falana questioned why the other seven suspects involved in the raid have not been arrested by the police, saying the two soldiers who were said to be involved must be provided and prosecuted.

He said, “The president was away, now that he is back, some of us are going to appeal to the president to set up an independent inquiry into this unfortunate incident so that it does not reoccur because it is very dangerous.

“It is an embarrassment to the country to say that, a gang of thugs can obtain a search warrant to subject a Supreme Court justice, the next in rank to the Chief Justice of the country, to an illegal search, and anything could have happened that night, and that is why we have to put an end to this. We must get to the root of this crime.”