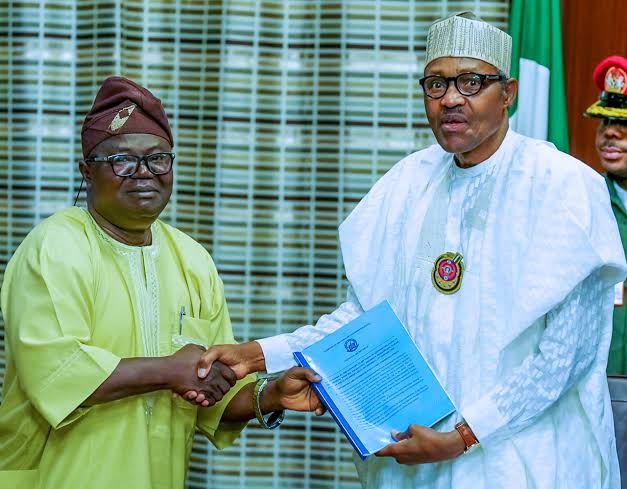 The Academic Union of Universities and the Federal Government have reached a truce after the intervention by the Speaker, House of Representatives, Femi Gbajabiamila.

The truce was reached at a reconciliation meeting held at the National Assembly on Thursday.

The speaker invited the minister of education, Mallam Adamu Adamu, the minister of finance, Zainab Ahmed and ASUU leadership for the meeting to avert the planned strike.

At the meeting, the timeline of various agreements reached between ASUU and the federal government since 2009.

In his address, the Speaker, House of Representatives, Femi Gbajabiamila said, the House will not sit back and watch as things deteriorate as a result of disagreements between ASUU and the federal government.

Gbajabiamila said Nigerians cannot afford another strike and it cannot be used as a tool to be used by ASUU to push for their demands every time.

He added that all parties must take blames for the lingering imbroglio.

He, however, said ASUU has been very patient and the government must be committed to fulfilling its part of the agreements.

Speaking, ASUU president, Prof. Victor Emmanuel, said there are so many issues and agreements which the government has reneged on.

He said the government had at various times failed to address the major issues like allowances, infrastructure, UTASS and others which he said always forced their members to embark on strike.

He said they reached an agreement with the government on the N1.3 trillion handed by the union to offset both the infrastructure and other funds.

According to him, it was agreed that the monies will be paid in trances with N200 billion as the first trance which was not paid.

He said the amount was later scaled down to N52.127 billion with N30 billion as infrastructure fund and N22.127 billion Earned Academic Allowance (EAA) which neither was paid by the federal government.

On his part, the minister of state for education, Henry Nwajuba, said all the claims by ASUU were true and the government is in the process of meeting with the demands, especially the EAA and the infrastructure fund.

Corroborating, the minister of finance, budget and national planning, Zainab Ahmed, said there were provisions for the payments and some parts of the funds are already available and the payments will be affected in a week.

After the two ministers submissions, the ASUU leadership agreed to the terms saying that they will monitor the development pending the expiration of their strike notice.