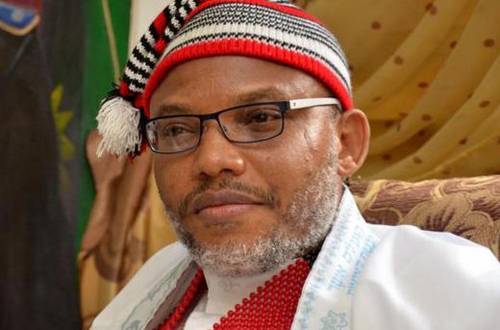 Ohanaeze Ndigbo Worldwide has weighed in on rumours alleging a plot to ‘assassinate’ the leader of the Indigenous People of Biafra, IPOB, Nnamdi Kanu.

In a statement on Friday, signed by its secretary-general, Mazi Okechukwu Isiguzoro, the group disclosed that if Kanu dies in custody it will be the ‘End of Nigeria’.

“Attempts to assassinate Nnamdi Kanu will end up Nigeria and the Federal Government knows the consequences of hurting a British citizen in their custody, such stories of assassination attempts is a ruse and will likely lead to creating disaffection to the already sealed deal between FG and neutral Igbo leaders to subtle put procedures for the release of Nnamdi Kanu.”