Why Igbos need to team with Buhari – Orji Kalu 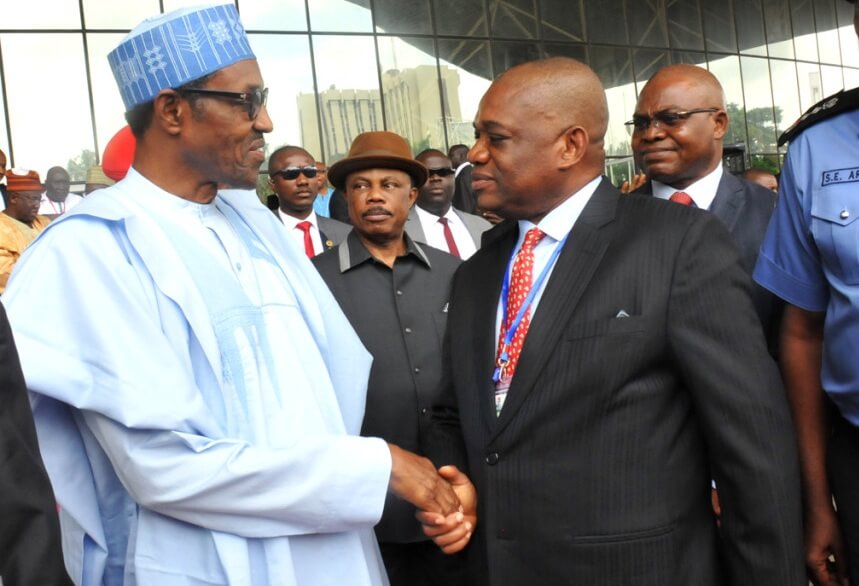 Orji Kalu, the chief whip of the Senate, has called on Igbos to cooperate with President Muhammadu Buhari if they want him to develop the South-East.

The former governor of Abia state made this call when he spoke to NAN on Friday.

He said, “I encourage the Igbos to work with President Buhari to find a way to make amends and remove sentiments and work with the president so that in the remaining two years, he can do more things for us before he leaves office.”

The lawmaker representing Abia North Senatorial District stressed that his zone would give Buhari more votes if given another opportunity.

According to him, it is on record that Abia North Senatorial zone is the only zone in the South-East and South-South that gave Buhari 68 per cent votes in the 2019 general elections.

“If we are given a chance to repeat what we did in 2019, I think the people will do more voting for him. From what President Buhari has done in my constituency, the votes might be higher than 68 per cent,’’ Kalu said.

“The relationship with Abia North as a constituency is very cordial, and the president has shown a lot of love to us and has remembered us with what we voted for, so we are excited.”

Mr Kalu added, “Abia North is the senatorial district that gave the president the highest votes both in the South-South and South-East. We are number one, and nobody is challenging us. So, when people say we don’t like Buhari, we are not part of it.”

Speaking further on the political relationship his area enjoys with the president, he stated, “We have always been in good times with him. We gave him a doctoral degree in our university in 2003 (Abia State University), and we gave him a chieftaincy title in Igbere (Mr Kalu’s home town) in 2004.”

He further mentioned that apart from Mr Buhari, his home base had enjoyed a good relationship with other Nigerian leaders.

“We are excited to have other people in our area, so Nigerian politicians should remove hatred,” he added.