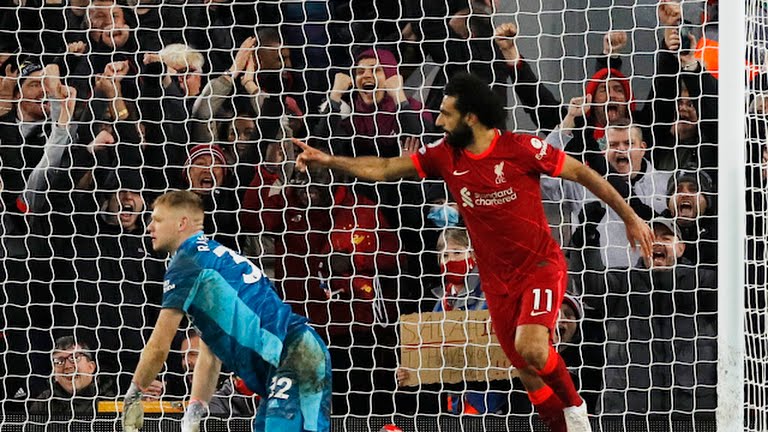 Liverpool have thrashed a resurgent Arsenal 4-0 after another dominant performance at Anfield on Saturday night.

Jurgen Klopp’s side thoroughly outplayed the Gunners, who missed a chance to break into the top four on the night.

The score was opened with a Sadio Mane goal 6 minutes before halftime. After the break, Diogo Jota made it 2-0 with a superb effort. The forward rounded Ramsdale before slotting the ball into an empty net. The game was effectively beyond reach for Arsenal when Salah scored in the 73rd minute, and 5 minutes later, Minamino scored a fourth to seal the win.

The Reds finish matchday 12 in second place, moving within 4 points of league leaders Chelsea, who won 3-0 vs Leicester on Saturday afternoon. However, they could be leapfrogged by Manchester City, who sit 2 points behind Liverpool at third. City will play against Everton on Sunday afternoon.