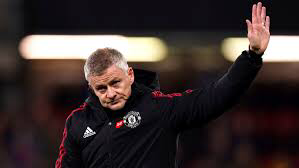 Manchester United have parted ways with club legend Solskjaer after he failed to restore the club to their former glories and win a single piece of silverware.

Ole Gunnar Solskjaer has been sacked as Manchester United manager after their humiliating defeat to Watford at Vicarage Road.

The Norwegian has been dismissed after facing mounting pressure in recent weeks as a result of United’s dismal run of form.

Back-to-back home defeats to arch-rivals Liverpool and City left Solskjaer clinging onto his job with Old Trafford bosses opting to stick with him during the most recent international break.

However, after yet another sorry performance under his stewardship, which saw the Hornets dominate on their way to a 4-1 win, the axe has fallen on the Norweigan.