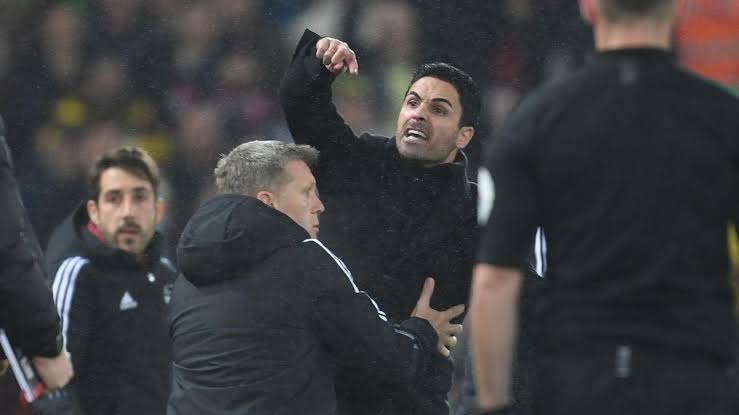 Arsenal was defeated 4-0 by Liverpool and at some point in the game, a fight ensued between both benches.

Arteta was furious following a tackle from Sadio Mane on Takehiro Tomiyasu, prompting an angry exchange on the touchline because the Liverpool bench did not see anything wrong with the challenge.

Arteta and Klopp got cards from Michael Oliver, with the Liverpool boss reluctant to pin his side’s improved display on his scuffle.

The two managers had to be physically held back as they screamed and shouted at each other just after the half-hour mark during the encounter at Anfield.

“I think the atmosphere was incredible right from the beginning.

“It was just an action (by Mane), and I tried to defend my players and that’s what I did.”