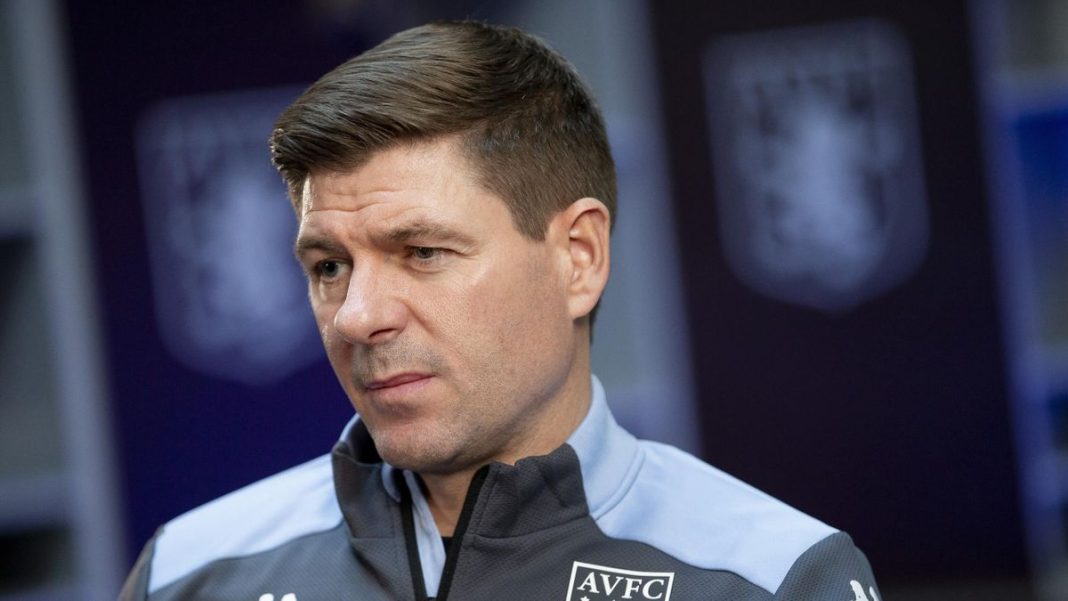 The Anfield icon is now the man in the Villa Park hot-seat, but despite securing all three points in his first game in charge of Aston Villa, he was forced to face questions on Liverpool.

Steven Gerrard ‘s first taste of Premier League management ended in victory for Aston Villa over an in-form Brighton side.

Despite this, the Liverpool legend still had to field questions over his Anfield past after the game, having been pressed on whether he can harbour passion for two sides both in the Premier League.

However, the new Villa boss quipped: “If anyone doubts me watch me after those goals. That is real.”

Late goals from Ollie Watkins and Tyrone Mings ensured Gerrard’s Villa Park reign got off to a winning start, the 2-0 victory all the more impressive considering it was against Graham Potter ‘s high flying Seagulls.

Gerrard’s switch back to English football has divided opinion, particularly due to the manner in which he left former club Rangers.

The Scottish giants offered Gerrard his first managerial role in senior football and the 41-year-old more than repaid them for their show of faith.

The ex-Liverpool skipper secured the club’s 55th league title in their history while ending Celtic’s prospects of making it 10 Scottish Premier League’s in a row.

With that being said, some have claimed that the former Champions League winner left his club in a difficult position given he walked away from his post so early into the new season while Rangers aim to retain their crown and progress in the Europa League.

“I wasn’t surprised to see Steven Gerrard go to Aston Villa but there’s no doubt he left Rangers in the lurch,” former Celtic star Chris Sutton wrote for the Daily Record.

“What happens next will decide whether Gerrard abandoned ship or did Rangers a favour.”

Ultimately, Gerrard’s focus is now firmly rooted in the Midlands, where he is already making quite the impression on his players.

Villa Striker Ollie Watkins has sung the praises of his new boss, claiming the standards around the club have already risen as a result of his arrival.

Speaking to the BBC, Watkin explained: “It was hard for us because it was the first game back after some results. It was nice to see the game out after losing a 2-0 lead against Wolves the other week.

“It has been a change but it has been really good. It has been intense and the standards have gone up – that is no disrespect to Dean Smith but he’s brought in some new rules and everybody was on it.