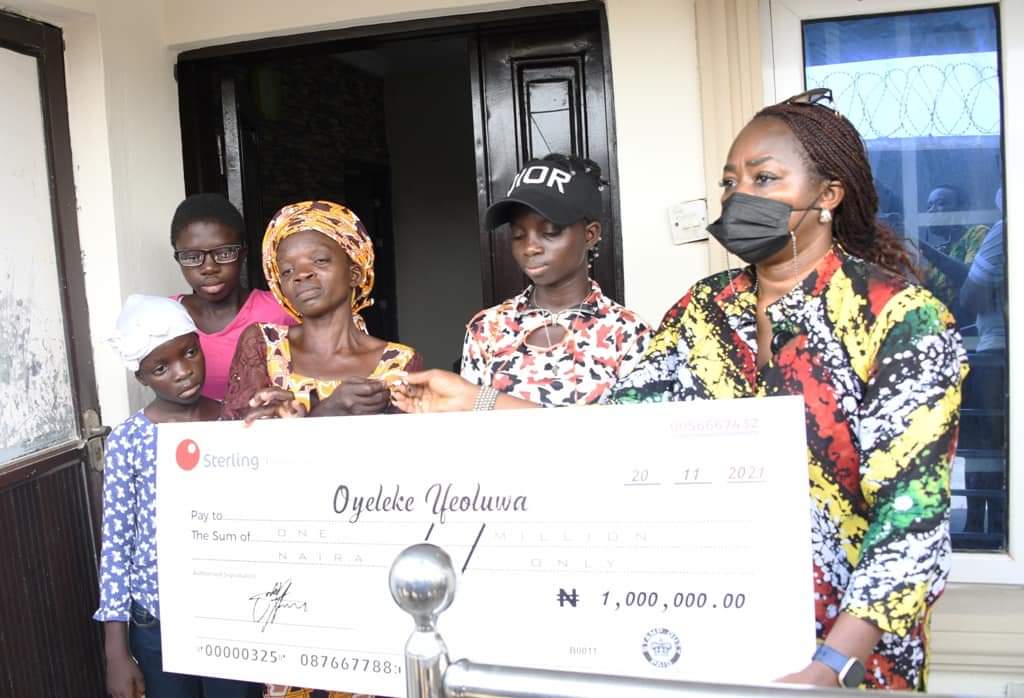 The Governor of Lagos State, Babajide Sanwo-Olu, has rented a two-bedroom apartment and donated ₦1 million to Ifeoluwa Oyeleke and her family over the death of Jumoke, her daughter, during the Yoruba Nation rally.

On July the 3rd, Yoruba Nation agitators converged on the Ojota Area of Lagos to demand an independent state for the south-west region.

During the protest, the victim, Jumoke, a 25-year-old salesgirl, was found dead after police fired shots to disperse agitators.

She was said to have died after she was hit by a stray bullet in a compound beside Total petrol station, which is opposite the protest venue.

The police denied any involvement in her death, but an autopsy carried out on the deceased’s remains showed she died from “missile injury”.

In a statement issued on Saturday, the Lagos state government said Sanwo-Olu, “in his kind gesture”, relocated Jumoke’s mother and three sisters from a shanty in Ojota to a furnished two-bedroom apartment in Ikorodu area of the state.

Sanwo-Olu, who was represented by Titi Oshodi, his Senior Special Assistant on administration, said the gift was to help the Oyelekes “experience a new lease of life, and to alleviate the family’s immediate need”.