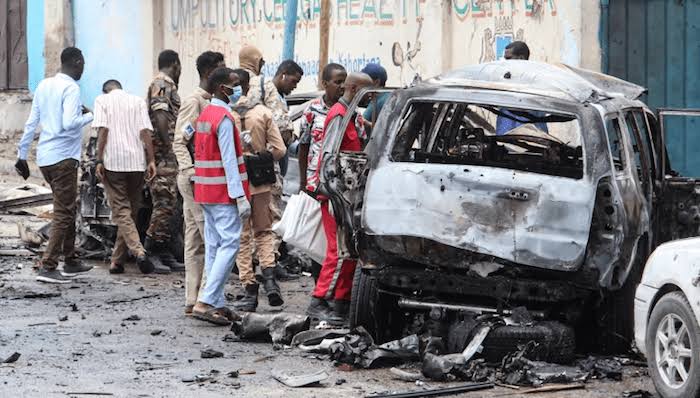 An al Shabaab suicide bomber in the Somali capital killed himself together with a well-known Somali journalist on Saturday.

The journalist’s family confirmed the incident to Reuters.

“My cousin Abdiaziz was killed by a suicide bomber immediately after he went out to a restaurant… he died as he was rushed to hospital,” his cousin Abdullahi Nur told Reuters.

Al Shabaab confirmed it was behind the attack. The group, which wants to overthrow the government and impose its own strict interpretation of Islamic law, frequently carries out bombings.

“The mujahideen had been hunting Abdiaziz for a long time. He committed crimes against Islam, he was involved in the killing of mujahideens,” Abdiasis Abu Musab, al Shabaab military operation spokesperson, told Reuters by phone.

Four people were injured in the attack, which took place near a busy restaurant, witnesses told Reuters.

One of the injured was a director at the Somali National Television, the station said in a tweet.

Government and police spokespeople did not immediately respond to requests for comment.