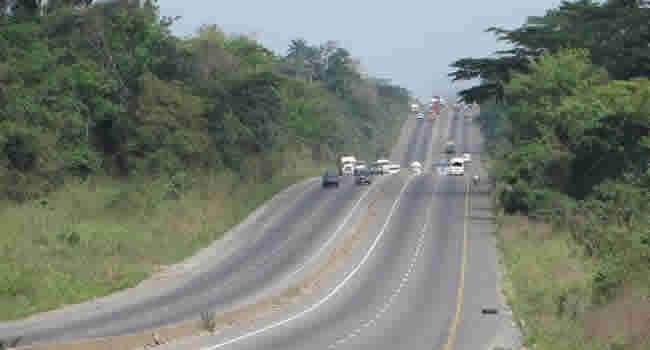 Two persons died in an accident involving two vehicles on the Ore-Benin Highway on Sunday.

Ogun Sector Commander of the Federal Road Safety Commission, Ahmed Umar, said on Monday that eight other persons sustained various degrees of injuries in the accident.

He told reporters that the accident occurred at about 9.30 p.m. after “J4, Ogbere’’ in the Ogun State part of the highway.

The sector Commander added that 10 persons, five males and five females, were involved in the accident which took the lives of two of the male travellers.

Umar blamed the accident on excessive speeding and possible loss of control of one of the vehicles by the driver.

“Corpses of the victims have been deposited at an Ijebu-Ode, Ogun State, morgue. Survivors are also receiving treatment at the Ijebu-Ode hospital hosting the morgue,’’ he said.

Umar advised motorists against excessive speeding and advised against night travels, especially when visibility is poor.

He commiserated with the families of the victims and urged them to contact FRSC Ogbere Outpost for additional information.