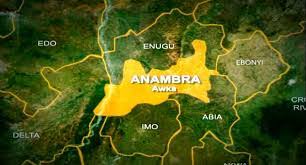 In Anambra State, just a pocket-size of civil and public servants were sighted at the state Secretariat, while a few offices were opened.

As of 1:00 pm, the workers had started going back to their houses apparently because of inactivity at their workplaces.

This Monday was the first time public servants in the state went to work since the order was issued by the Indigenous People of Biafra on August 9.

Although IPOB had cancelled the order before the next Monday of August 15, the people of the area have religiously continued to obey the directive apparently because of fear of other factions of IPOB who had vowed to continue to enforce the order that was hitherto annulled.

The state government had in a public service announcement a few days ago by the Commissioner for Information and Public Enlightenment, C-Don Adinuba, urged the people of the state, including civil and public servants to commence socio-economic activities on Monday, stating that no Monday again in the state should be observed as a work-free day.

However, there were improved returns to commercial activities on Monday in some parts of the state. In Onitsha, Awka and Nnewi most markets opened, though with a low turnout of traders and customers.

A trader, Celestine Ebili, who spoke with our correspondent said, “We opened today according to the directives by our leaders and government officials.

“We have a very low turnout of customers, but it is good that we have recommenced business activities on Mondays. By next Monday, I expect a full attendance in our markets across the state.”

There was also a remarkable improvement in transportation. Transport workers that had hitherto complied with the sit-at-home directive, resumed work on Monday as motor parks in the state were open.

Some banks offered skeletal services to customers, but primary and secondary schools in the state remained closed.