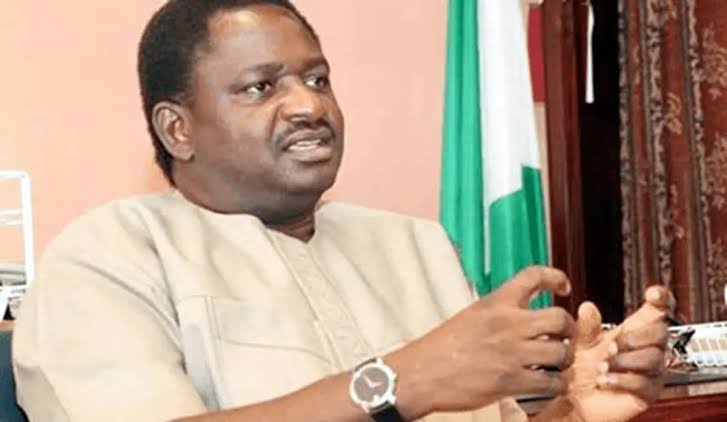 The presidential spokesperson, Femi Adesina, said Nigeria was removed from the list of countries blacklisted for “engaging in violation of religious freedom” by the US because it discovered it acted on incorrect positions.

In 2019, Mike Pompeo, former US secretary of state, announced that Nigeria has been placed on its Special Watch-List for governments that have engaged in or tolerated severe violations of religious freedom.

But on November 17, in an announcement made by Antony Blinken, the US secretary of state, Nigeria was missing from the list of “religious freedom violators”.

Speaking on this issue on Sunrise Daily, a Channels Television programme, Adesina said the US had to remove Nigeria from the watchlist because it realised that the initial placement was not based on facts.

The presidential spokesperson said the US government was fed with “incorrect positions” by the citizens of Nigeria about what is happening in the country.

READ ALSO: CAN kicks against US’ removal of Nigeria from ‘religious freedom violators’ list

He said the removal of Nigeria from the watchlist is a great development for the country.

“The secretary said putting Nigeria on the watchlist was not based on facts, and you know that Nigerians themselves are going to America to feed them with incorrect positions about what is happening in Nigeria. And that was why Nigeria was put on that watchlist,” he said.

“But when America discovered that it was not based on facts, Nigeria was removed. It is a very good development for us.”

Reacting to the Nigeria-US relationship after Blinken’s visit, Adesina said both nations are in “good and smooth stead”.

He said though America is more powerful than Nigeria economically, militarily and in other forms, Nigeria as a sovereign state will not allow a headmaster-pupil relationship with the western country.

“We are giving relationship, and this is everything. This means that you don’t quantify everything in terms of dollars and naira,” he said.

“The fact that we are in good stead with America matters. The relationship is not headmaster-pupil relationship. But if it’s a smooth run, both sides are happy with that.

“No sovereign nation should allow a headmaster-pupil relationship. America is a much bigger power economically, militarily and in every other forms, but Nigeria would not subject itself to America as a vassal state.

“We will relate and our citizens, who are many in America, will comply by the laws of their host.”