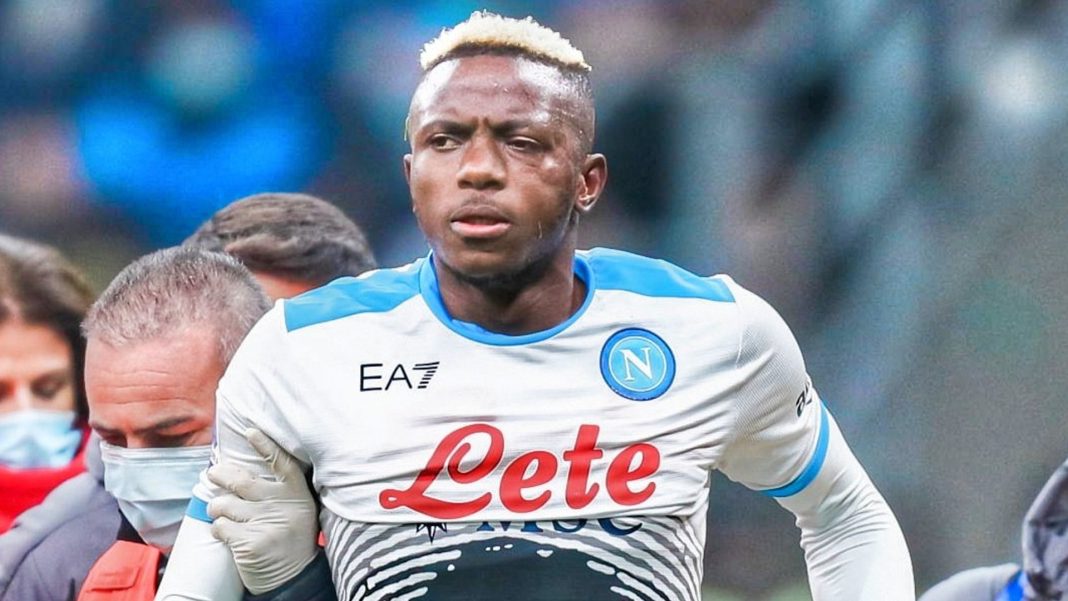 Super Eagles striker, Victor Osimhen, has been ruled out of action for three months following the surgery on his cheekbone and eye socket.

Serie A leaders Napoli disclosed this in a statement released on their official website on Tuesday.

The statement read, “On Tuesday morning, Victor Osimhen was operated on his cheekbone and eye socket by Gianpaolo Tartaro, who was assisted by Dr Mario Santagata with Dr Raffaele Canonico also present. Titanium plates and screws were used in the operation. The player is doing well and will remain under observation for the next few days. Osimhen is expected to return to action in three months.”

Because of this, the striker will miss the 2021 Africa Cup of Nations in Cameroon next year.

Osimhen collided with Inter defender Milan Skriniar on Sunday in Napoli’s 3-2 loss to champions Inter Milan at the San Siro.

He was taken to the hospital immediately after leaving the pitch and was discharged on Monday after being diagnosed with an orbital and cheekbone injury. He underwent surgery on Tuesday.

The 22-year-old has been Nigeria’s first-choice striker since 2019 after former Manchester United striker Odion Ighalo retired from the national team. He has been in good form for Nigeria, scoring four goals in their Qatar 2022 World Cup qualifying Group C