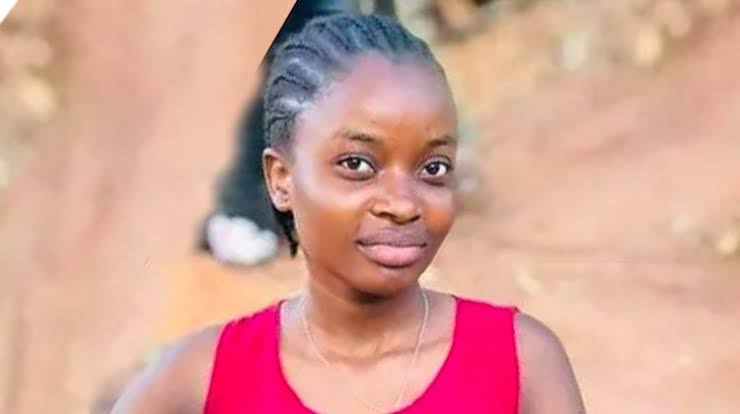 A Federal High Court sitting in Abuja has granted bail to 21-year-old Gloria Okolie in the sum of N10 million with two sureties.

Okolie has been arrested, detained and enslaved since 17 June by operatives of the Inspector-General of Police’s Intelligence Response Team in Imo State.

Ruling on the bail application on Tuesday, the presiding judge, Justice Taiwo Taiwo, admitted her to bail of N10 million in like sum with two sureties, one of whom must be at least a level 14 civil servant while the other must own landed property and must have lived at the present address for at least two years.

Okolie, who was accused of offences bordering on terrorism, was arrested by the Nigeria Police Force for allegedly being friends with a suspected member of the Indigenous People of Biafra.

READ ALSO: Release Gloria Okolie unconditionally or charge her to court if she has committed any crime – Ubani

She was later transferred to Abuja, despite efforts by her family members to secure her release.

While reacting to the bail conditions, her lawyer, Ihensekhien Samuel, commended the judge for admitting her to bail though the terms were stringent.

He, however, said they would apply for variation in due course.

Okolie and her co-defendant, Benjamin Uzoma Emojiri, will remain in Suleja Correctional Centre pending the fulfilment of their bail conditions.

Recall that after 66 days in detention, the police, in a statement said she was arrested for allegedly being a member of IPOB and for working with Emojiri to attack officers and stations in Imo.

Her detention stirred public outcry as many Nigerians and civil society organisations called for her release.

In the enrolment order obtained by journalists, the case was instituted by the Inspector General of Police; the Commander, Police Intelligence Response Team, DCP Tunji Disu; and the Attorney General of the Federation, Mr Abubakar Malami.

The orders of the court presided over by Justice Sylvanus Chinedu Orji were that “the Respondents (Police/FG) should charge the applicant (Gloria Okolie) to court on or before 31st August 2021 if they have any case against her”.

The judge had said, “If the applicant is not charged to court as aforesaid, the respondents, especially the 1st, 2nd and 3rd, are ordered to release her on bail upon fulfilment of the following conditions.

“The applicant shall enter into a bond in the sum of #2,000,000.00 with one surety in like sum to report to the respondents whenever they are ready to charge her to court.

“The surety shall be a civil servant of at least grade level 12 in the federal civil service.”

But the police had refused to release her on that condition.