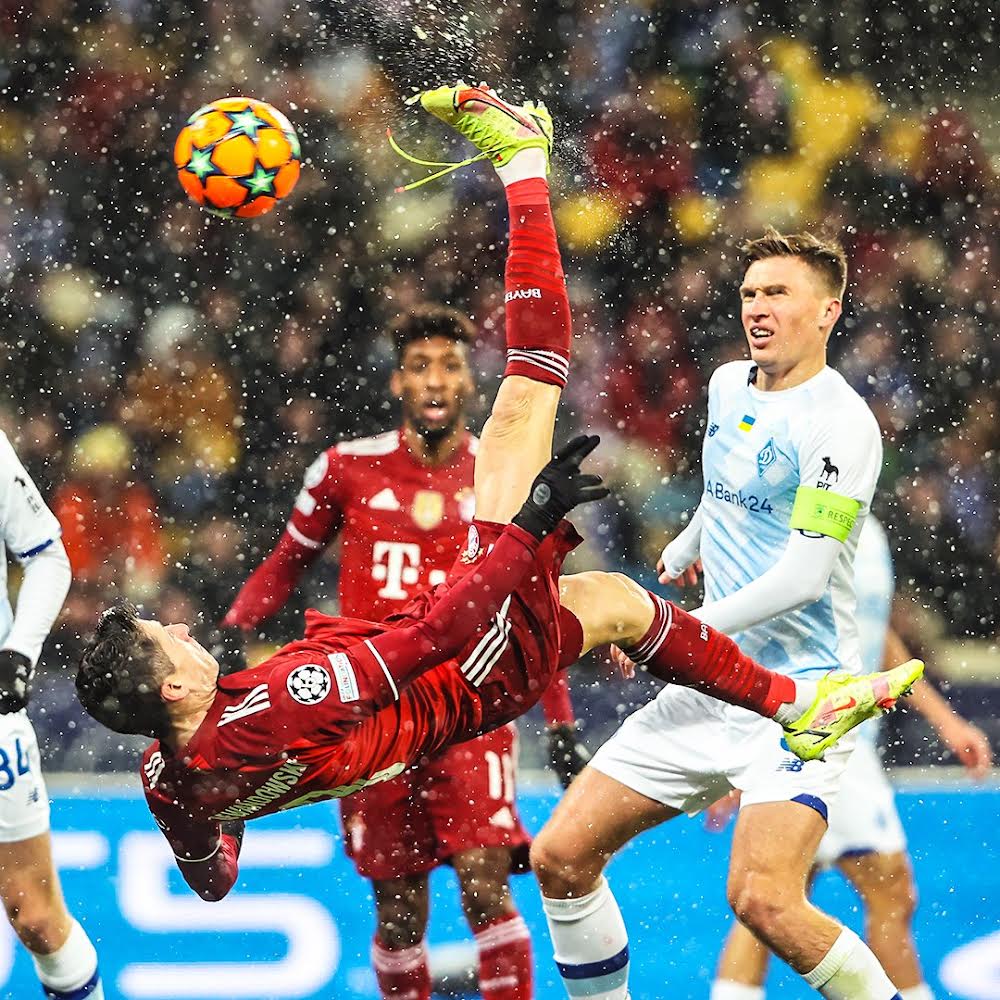 The Poland international was on target yet again for the German champions in his side’s early kick-off win at Dynamo Kiev, to kickstart an action-packed evening.

It was a crucial night for Barcelona – with Xavi Hernandez managing in the competition for the first time ever – as they took on Benfica in a crucial group stage clash, with both sides vying to join Bayern in qualifying from the group.

Here are the four standout games from a busy night in Europe’s premier club competition. 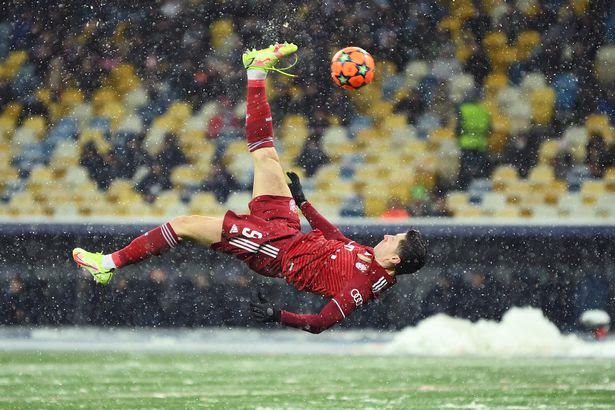 Robert Lewandowski opened the scoring in spectacular fashion for Bayern Munich as they confirmed their place in the last 16 with a game to spare with a 2-1 win at Dynamo Kiev.

The Poland international striker’s eye-catching overhead kick flew into the net in the 14 th minute, meaning that Lewandowski grabbed yet another Champions League record.

It was the ninth match in a row in which the marksman has netted in the competition, a feat which he has now achieved twice in his career.

The 33-year-old also scored in nine matches in a row in the competition in the 2019-20 campaign, as his goals fired Bayern to the final – where they ousted Paris Saint-Germain.

Tuesday night was the first time that Xavi Hernandez coached in the Champions League, after joining Barca from Qatari club Al Sadd.

Having guided the Catalan giants to a nervy derby victory over Espanyol on Saturday night in his first game at the helm, this would prove a massive test against Benfica – who are challenging them for second spot behind Bayern in the group.

After Barca lost 3-0 in Lisbon earlier in the group, the pressure was on here and despite both sides having a host of chances – the deadlock could not be broken.

Both sides had goals disallowed with each missing a host of golden opportunities – including Haris Seferovic missing a one-on-one opportunity in the last minute.

The winners of this game would have one foot in the last 16 of the competition but it ended in a stalemate, keeping Barca in second spot but now in real danger of a group stage exit.

If Benfica defeat already-eliminated Dynamo Kiev on the final matchday, Barca would need to win away to Bayern Munich to progress.