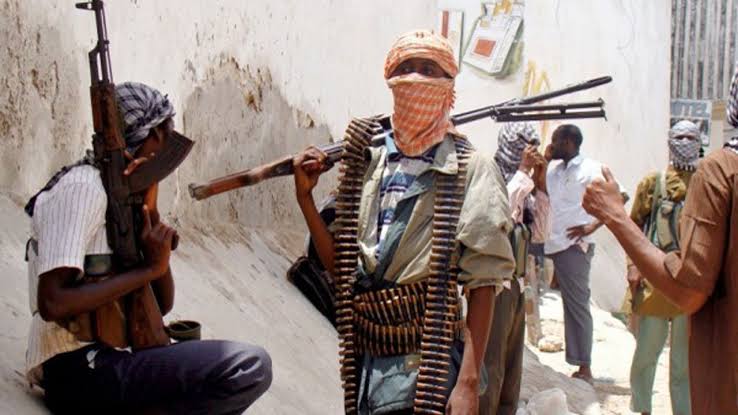 Gunmen have snatched a three-year-old girl from her mother in front of their house in the Owena Barracks, Ondo Road, Akure, Ondo State.

It was gathered that the hoodlums attacked the woman, Mrs Taiwo Fasina, when she and her daughter were about entering the house in a car around 8.30pm on Wednesday.

The incident happened barely one month after some hoodlums attacked a middle-aged woman and snatched her car with her two children in it.

The victims were released a few days later after the family paid a ransom.

Mrs Fasina, who narrated her ordeal to our correspondent, said two men with guns accosted her when she was about to drive in.

She said the hoodlums asked her to lie down, after which they took her daughter away.

The woman said, “As I was getting home from church, my children went to open the gate for me. The two men just came out to us. I even thought they were the vigilantes. They asked me to give them the car key, and I gave them. On getting down, they threatened to shoot me if I didn’t give them the car key.

“I gave them the car key. They asked for my money; they picked the bag themselves and took all the money. They asked me to lie on the ground, so I could not look up. But faintly, I saw one of them carrying something. I just thought that they were carrying a bag and I did not know it was my baby girl they carried.

“They used face masks to cover their noses and mouths and asked me not to shout. They didn’t go with the car; they only went with the car key. I then noticed that I didn’t see my girl. That was when I started shouting and people came around.

“A neighbour on an Okada followed them, shouting ‘thief thief,’ but they had gone far. They came in a Mercedes Benz without a number plate.”

She urged security agencies in the state to help locate and rescue her daughter.

The state Police Public Relations Officer, Mrs Funmilayo Odunlami, confirmed the incident, adding that the matter had been taken up by the anti-kidnapping unit of the command.