How you can avoid being scammed on Telegram 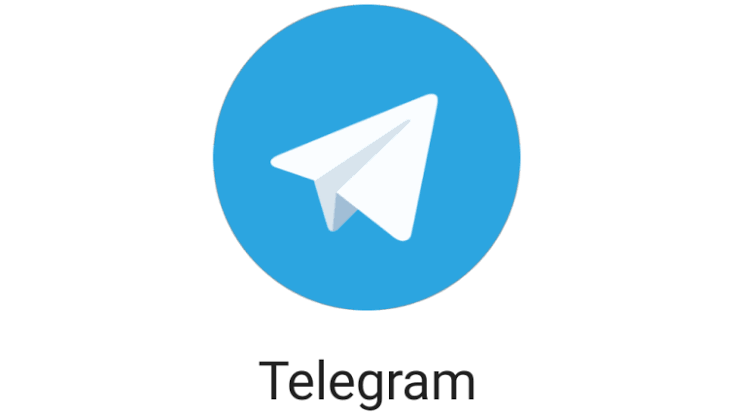 On Friday, 29 October, Mr Otego Awkuzu woke up to a call from his friend asking if he had recovered from his sickness and if he got the money he sent to him.

Awkuzu was a bit confused – he was not sick and he had never requested anyone for money.

When he told his friend he was not sick and didn’t request anyone for money, that’s when it dawned on his friend that he had been scammed.

“My friend told me someone claiming to be me chatted with him on Telegram – with my name and photo,” Awkuzu told our correspondent. “My friend thought it was actually me and when the impersonator asked him for money, he sent it without hesitation.”

Awkuzu, who does not own an account on Telegram, a free cloud-based instant messaging system which allows users to send messages, said he received similar calls from his ‘donor’ friends.

“I told all of them they had been scammed – I wasn’t the one they chatted with on Telegram,” Awkuzu said. “I told them they could have called me to ask if I was truly the one, as I’m sure they would have paid into a different bank account not bearing my name.”

According to cybersecurity experts, cybercriminals don’t sleep as they seek to cash in on people’s naivety, security lapses, and sometimes greed.

Internet and smartphone users are often cheated out of their money through spam, phishing, and various kinds of fraud perpetrated on the web.

In October, security firm Intel 471 put out a report with details about how criminal hackers are particularly using a Telegram bot script called “SMSRanger” to push out automated messages to users pretending to be a bank, or any other financial entity like PayPal.

Findings by Af24news also revealed that messenger apps like Telegram, WhatsApp, and Facebook’s Messenger can be exploited to send dangerous messages, attachments and links.

Experts said people should always be wary of links and attachments, even if they appear to come from friends.

Arguably one of the most successful and downright dangerous scams on Telegram is the fake group scam, according to the Intel 471 report.

The crux of the scam involves a copycat group that closely mimics an original, albeit with one not so small difference – its entire purpose is to defraud you. This group might contain very similar pinned messages, simulated conversion, admins with similar names to the original, etc, but will generally also include a message that includes a scam attempt.

For example, it might offer an opportunity to purchase cryptocurrency tokens at a discount price or offer a flash “first-come-first-served” sale for pre-launch projects at their initial DEX offering (IDO) stage.

The perpetrators of the scam will often manually invite members from the original group into the scam groups, making it difficult to tell the difference.

Fortunately, one of the most convincing scams is also one of the easiest to avoid. With a bit of basic knowledge and a few settings changes, it’s possible to eliminate the vast majority of scams – helping you learn, chat and create content on messenger apps like Telegram without risks.

For instance, if you own a Telegram account, simply change your group invite settings to “My contacts” only – and you’ll essentially eliminate this problem. This applies to other apps like WhatsApp.

Dr Toyin Enikuomeyin, a cybersecurity expert and tech scientist at Lagos State University (LASU), in a conversation with Af24news, said the following tips would be helpful in keeping your Telegram account safe and so it doesn’t get exposed to fraudsters.

Enikuomeyin explains that by default, all Telegram messages are encrypted. But this only occurs while in transit from your device to Telegram servers. Once they arrive on Telegram servers, the data is decrypted, and the messages can therefore be accessed – which means some fraudsters with high-tech equipment may be able to access your data. Generally, Telegram has often been criticised for this.

Enikuomeyin said, “If you look at WhatsApp, you’ll observe that during chats and calls, there are usually pop up notifications of end-to-end encryption. You don’t have that feature on Telegram. Telegram does not encrypt your message. The meaning of encryption is that your messages are coded for security.

Enikuomeyin said the lack of the feature on Telegram allows messages to be exposed, saying this is one of the reasons most people avoid the use of Telegram.

The experts also cited the “Bot Action” feature on Telegram – which he said has both advantages and disadvantages.

Enikuomeyin said: “Though Telegram is free, fast and easy to use, it has a Bot Action which has both its advantages and disadvantages. Bot allows fast auto-generated answers which makes it useful for business operators.

Enikuomeyin and other experts gave a few safety tips on Telegram.

Enabling the two-step security factor, Enikuomeyin said, is a reliable way of stopping hackers. This offers you an opportunity to get notified by Telegram via SMS if someone wants to log into your account from any device, anywhere in the world.

Set up a passcode or fingerprint to prevent people from snooping on your Telegram chats by opening the app, tap on the hamburger menu icon on the top left corner of the screen, then scroll to Settings [gear icon], head to Privacy and Security, scroll to the Passcode Lock, toggle on the Passcode lock and add a passcode. You can also toggle on the unlock with fingerprint option too. While you’re here set a time limit for the Auto lock option too.

• Change ‘Who Can Add Me To Group Settings’ to ‘My Contacts’

Enikuomeyin said, “On the issue of finding yourself ‘mysteriously’ in a group you never opted to join is another big issue. Telegram, like WhatsApp, doesn’t send you a notification of ‘accept or reject’ if someone, known or strange, adds you to their group.”

You need to reply to Telegram group chats privately especially if an instruction passed to group members requires you to present your personal details.

This will help to disallow easy tracking of the user. This also helps to ensure your privacy so that nobody knows when you’ve read a message.

You have to delete old messages to make sure that they are not used against you.

If you use Telegram on multiple devices, this step is important. Open the app, tap on the hamburger menu icon on the top left corner of the screen, then scroll to Settings [gear icon], head to Privacy and Security, then scroll to active sessions.

This part lets you know which devices are connected to your account.

You can terminate sessions on unknown devices – this will let you log out of all devices except for your current one.

Hiding your Telegram display image is also important as this reduces your risk of getting scammed.

• Delete messages by the sender

Telegram offers users the ability to delete messages on both ends of the chat. To do so, select the message, hit the delete button [trash icon] and then a pop up will appear asking you if you want to delete the message for the sender too. Ticking off this box will ensure the message is deleted on the other person’s chat too.

• Hide Telegram notifications from appearing on your lock screen

You should definitely do this on all your messaging apps.

Anyway, your Telegram message notifications shouldn’t be visible to anyone on your lock screen.

It is different on different Android smartphones, you can simply search Lock screen notifications on the search bar in the Settings page.

The best option is to pick “No name or message” You’ll be notified on the lock screen that you’ve received a Signal message but you’ll have to unlock the phone, and then unlock the app to see the message.