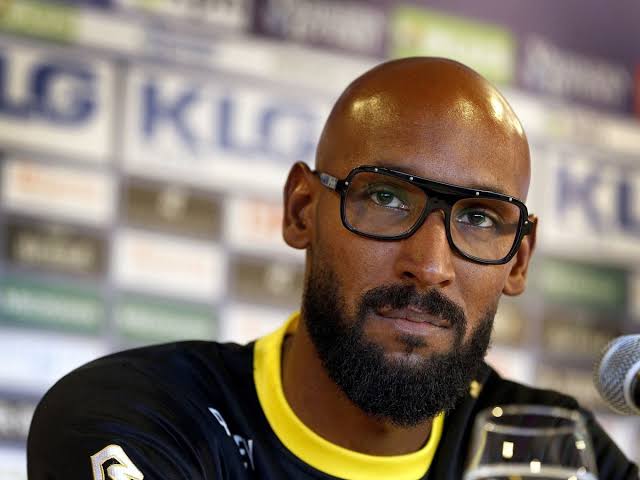 The former France international has questioned the tactical approach of the Paris Saint-Germain boss after his former side delivered another disappointing Champions League display.

The Frenchman’s comments came after the Ligue 1 titans were beaten 2-1 away at Manchester City, despite Kylian Mbappe putting the Parisians in front early on in the second-half.

Though there were a number of poor performers on the night for PSG, it was Messi in Anelka’s line of fire after the game as the Argentine failed to stamp his authority on the contest at the Etihad.

Pochettino opted to deploy the famous front three of Neymar, Mbappe and Messi for just the seventh time since the latter made the switch after 21 years in Barcelona.

The trio did link up for PSG’s goal, Messi starting the move from deep before a brief interchange with Neymar saw the ball back at Messi’s feet, his deflected cross falling into the path of Mbappe who made no mistake.

However, it failed to reach the heights many had expected as Pep Guardiola’s side played the majority of the front foot and in PSG’s half.

Pochettino has tried to mould his side into a lethal counter-attacking outfit, but the front three became disconnected from the rest of their teammates early on.

Analysing the tie with French outfit RMC at full-time, Anelka was scathing his assessment of his former side’s performance.

“With Messi, PSG cannot be a counter team,” the ex-Arsenal and Chelsea striker explained.

“You cannot base the whole team on Kylian Mbappe. Today we demand from Neymar, but we can do the same with Messi.

“Since the beginning of the season it is not extraordinary either. There is a player who has six Ballons d’Or and finally is not so extraordinary.”

His sentiments were his fellow countryman and another ex-Arsenal striker in Thierry Henry, who told CBS Sports that talent alone is not enough if PSG wish to secure their first Champions League title.

“If you want to win the Champions League, you cannot defend with seven players,” Henry claimed.

“It is impossible, I don’t care who you are. The full backs are exposed, so it’s virtually a three vs one, three vs two on the pitch.

“Team that win titles – and the Champions League even more so – have their front-three facing the ball.

“That way the full backs will feel more comfortable with what’s going on behind them. But right now they’re too exposed. Teams in France cannot expose them, but Man City can.”