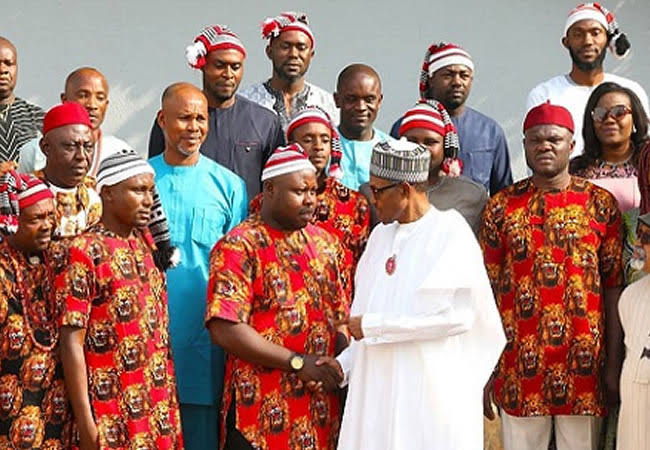 The leadership of the Ohanaeze youth wing worldwide has urged Nigerians and the federal government not to play politics with the incarceration of the leader of the Indigenous People Of Biafra, saying his release from detention is not a favour to Ndigbo but for peace in the country.

The apex Igbo Youth group, while responding to the recent calls from Northern groups for the federal government not to release Kanu from detention, said the Ohanaeze youth wing’s time tested conflict resolution methodology to restore peace in Igbo land is currently in motion.

The Publicity Secretary of Ohanaeze Youth Wing, Chika Art Adiele, in a statement on Saturday, titled ‘Release of Nnamdi Kanu not favour to Ndigbo’, said that the ongoing incarceration of Nnamdi Kanu is top of the issues on the table of the leadership of Amb Prof George Obiozor, the worldwide president of Ohanaeze Ndigbo, their parent body.

He also expressed displeasure with a purported statement by one Okechukwu Isiguzo, who he said masquerades as the Secretary-General of Ohanaeze Ndigbo Worldwide, to thwart the efforts of the constituted leadership of Ohanaeze Ndigbo to restore peace in Igbo land.

According to him, “Ohanaeze Ndigbo worldwide, as the Apex Igbo socio-cultural organisation is one indivisible entity under the dynamic leadership of Amb Prof George Obiozor, and Amb Okechukwu Nwadiuto Emuchay, MFR, as the duly elected Secretary-General.

“It may interest the general public to know that Ohanaeze Ndigbo Worldwide parades men and women of high esteem whose tireless efforts to restore the dignity of Ndigbo is well acknowledged by all true sons and daughters of Ala Igbo.

“Our son, Mazi Nnamdi Kanu’s incarceration is top of the issues on the table of the able leadership of Amb Prof George Obiozor, Ohanaeze President, and in extension the Youth Wing.

“It is on record that our time-tested conflict resolution methodology is in motion.

“Playing politics with the incarceration of Mazi Nnamdi Kanu is unacceptable and Ohanaeze Ndigbo Worldwide view this as an attempt to keep our son behind bars in perpetuity.

“Be it as it may; Ohanaeze Ndigbo Youth Wing Worldwide reiterates our earlier call to the federal government to release our son, Mazi Nnamdi Kanu, unconditionally,” he said.