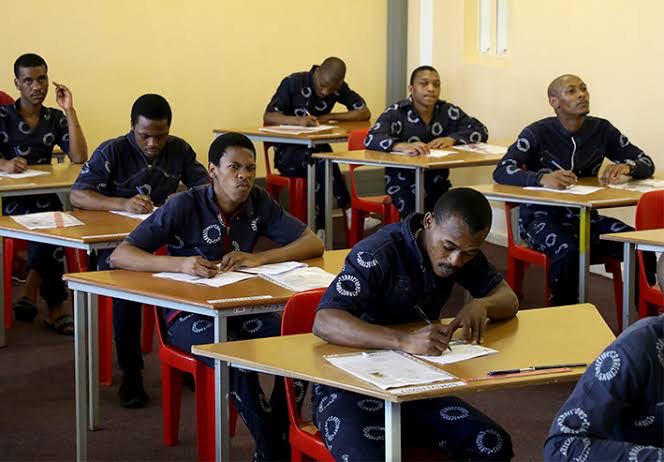 Longdiem Godfrey, the spokesperson of the Plateau Command of the Nigerian Correctional Service (NCoS), disclosed this in Jos.

According to Mr Godfrey, the 42 inmates are sitting for the examinations at its adult school within the prison yard.

He explained that the move was part of the mandate of the service aimed at making the prisoners useful to themselves, their families and society after serving their jail terms.

He said the initiative was in furtherance of the obligation and mandate of the service towards the reformation, rehabilitation and reintegration of inmates back to society.

”As the saying goes, knowledge is power, the essence of having a school within the prison yard is to reform the inmates with skills and provide them with formal education as well,” he said.

He also said that the examinations consist of different subjects, involving practicals and theoretical aspects.

He thanked individuals, non-governmental organisations, religious bodies and government agencies that provided the funds used to register the inmates for the examinations.

According to NAN, the examination which began in November would end in December.