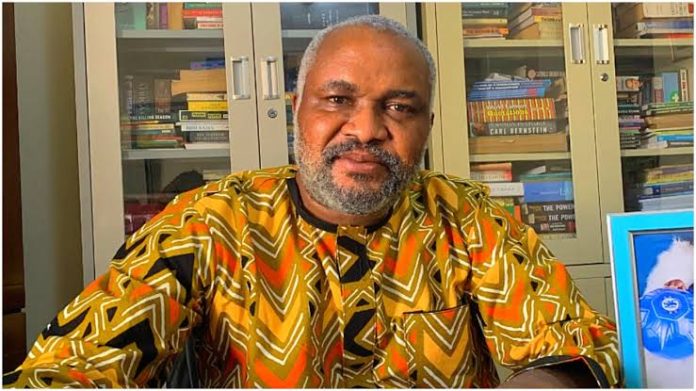 Human Rights Writers Association of Nigeria, has warned President Muhammadu Buhari over the behaviour of some of his ministers.

HURIWA believes that some of the Ministers of the current administration are not thinking good for the country, and could tear the nation apart with reckless statements being put out to public domains.

According to the human rights organisation, some ministers are undermining the rule of law and are abusing their public offices by influencing the President not to confront human rights abuses in the Army and Police.

In a statement signed on Monday by HURIWA’s coordinator, Comrade Emmanuel Onwubiko, he called out the ministers of Information and Culture Alhaji, Lai Mohammed, and that of State for Labour, Festus Keyamo, SAN as major culprits.

According to HURIWA, these ministers, with their comments are undermining the dispensation of justice, especially the redress of the monumental human rights abuses by the Army and Police as found out by the Lagos State Judicial Panel of Inquiry on the #EndSAR Protest.

Recall that Lai Mohammed recently claimed that there was no evidence of any killing of anyone even when the panel reported otherwise and the minister of Labour is now saying that the panel is illegal.

While Keyamo described the panel the Lagos State Government set up to probe police brutality as illegal.

Reacting to the ministers’ statements, HURIWA said, “These contradictions by these two ministers are directly detrimental to national security because what they stand to be saying is that extrajudicial killings of citizens should continue and that the effort made by the panels set up at the directive of President Muhammadu Buhari are of no moment meaning that they even rubbished the National Exco meeting and NEC meeting of the President and his cabinet which had authorised the setting up of these panels all across Nigeria.

“These two ministers are enemies of human rights and they constitute grave dangers to national security because Buhari’s administration was right to have authorised the constitution of the #EndSARS protests panels of investigation in line with the constitutional powers of the president.”