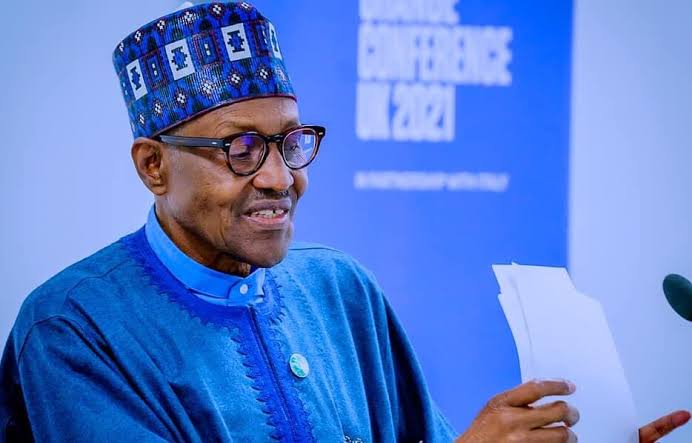 President Muhammadu Buhari has taken over the Presidency of the Pan African Great Green Wall, PAGGW, in Africa, Chief Sharon Ikeazor, the Minister of State for Environment, announced on Sunday in Abuja.

A statement issued by Sagir el Mohammed, Director, Press of the Ministry said Nigeria took over at the end of the 4th Ordinary Session of the Conference of Heads of State and Government of PAGGW held on Dec. 2 in Abuja.

According to the minister, “At the end of the 4th Ordinary Session of the CHSG, Nigeria took over the Presidency of the PAGGW.

“So for the next two years, Nigeria and President Buhari will be the president of the Great Green Wall Initiative in Africa.

“This means that within the period, Nigeria will work assiduously towards addressing the problems of land degradation, food security, desertification, climate change, depletion of the forest ecosystems and biodiversity in Africa, among others.

“With the unparalleled commitment of Mr President in addressing issues of climate change and desertification, coupled with the immense respect he commands within the international community, a lot would be achieved during his tenure,” she said.

Mrs Ikeazor recalled the commitment of the president at the Climate Change Submit (COP26) held in November in Glasgow, Scotland.

She said the president expressed optimism about Africa’s ambition to restore over 100 million hectares of the degraded landscape for productive agriculture.

“It is instructive to note that in his acceptance speech, the President stated: “All things being equal, we shall strengthen our efforts in the mobilisation of resources for the accelerated accomplishment of the Decennial Priority Investment Plan (DPIP) 2021-2030 and its concrete implementation action.

“The realisation of financial pledges that emerged as outcome of the “One Planet Summit” held on Jan. 11th, 2021 in Paris, France would be given utmost priority.

“I want to assure that the restoration of Africa degraded ecosystems and ensuring the resilience of our people against climate change effects shall be strengthened.