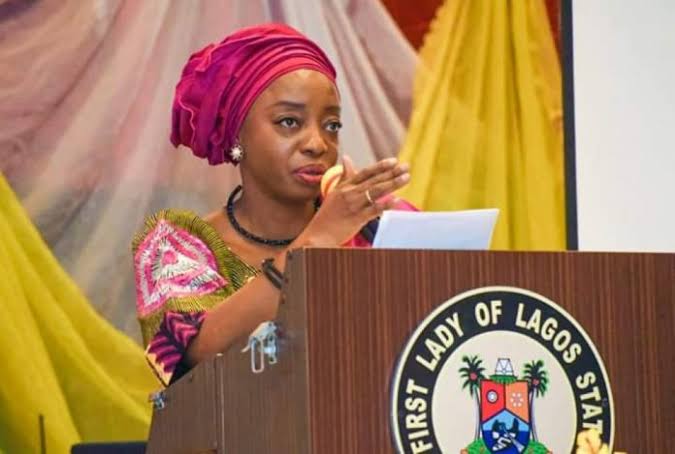 The First Lady of Lagos State, Ibijoke Sanwo-Olu, has described the death of a 12-year-old student of Dowen College, Lekki, Sylvester Oromoni, as a big slap on the state’s face.

The wife of Governor Babajide Sanwo-Olu stated this while speaking during an advocacy visit to some schools in furtherance of the ongoing 16 Days of activism against Sexual and Gender-Based Violence.

This was contained in a statement by the Assistant Director of Public Affairs from the Office of Lagos State First Lady, Olubukonla Nwonah.

According to the statement, Mrs Sanwo-Olu described the incident as unfortunate, saying such would never reoccur in the state.

She said, “I am aware that the Lagos State Government is at the moment investigating the incident and honestly, it is something we are not very happy about. It’s a big slap on the face of the education sector, the community, and Lagos State as a whole.

“It is a case that is being investigated and for the parents and everybody involved, honestly, we commiserate with them and send our condolences.

“As I said, the case is being investigated and I will not be able to say much on it at the moment.”

The news of Sylvester’s death went viral on Wednesday following a social media post by his cousin, Perry Oromoni, who alleged that some senior pupils of the college beat him up in his hostel for refusing to join a cult.

But the school denied the claim, stating that the boy complained of pain in his legs and hip following an injury he sustained while playing football.

The state government on Friday ordered the indefinite closure of the school pending the outcome of an investigation into the matter.

The Lagos Commissioner of Police, Hakeem Odumosu, has assured the family that the outcome of the investigations would be made public.