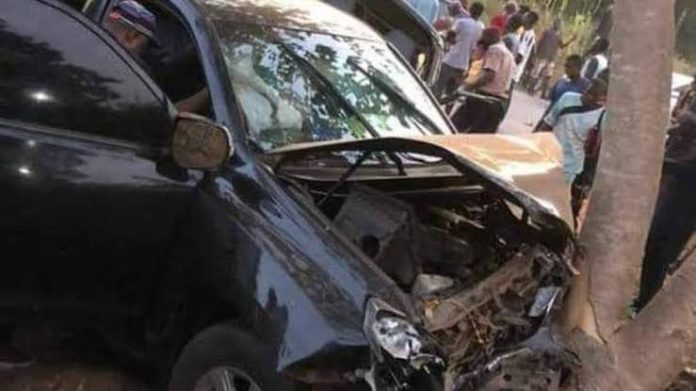 Terwase Orbunde, a Former Chief of Staff to Samuel Ortom, Governor of Benue State, has been reportedly involved in a car accident.

The incident was said to have occurred on Monday along the Makurdi/Gboko road.

Orbunde was said to be on his way from an event organised by the Peoples Democracy Party (PDP) for John Dyegh, a member of the house of representatives representing Gboko/Tarka Federal Constituency.

A vehicle carrying passengers from Makurdi to Gboko was said to have swerved and crashed into the former chief of staff’s car.

A witness told journalists that Orbunde survived the accident, adding that two persons died while some other persons sustained injuries.

“Nothing happened to him; he didn’t die. It was two other persons in the convoy that died,” the witness said.

Orbunde is among the four commissioners who resigned their position in September following Ortom’s directive asking those in his cabinet interested in vying for elective positions to resign.

The Former Chief of Staff is said to be interested in running for governor in the 2023 election.

When contacted, Anene Sewuese, police spokesperson in the state, said she is yet to confirm the accident.