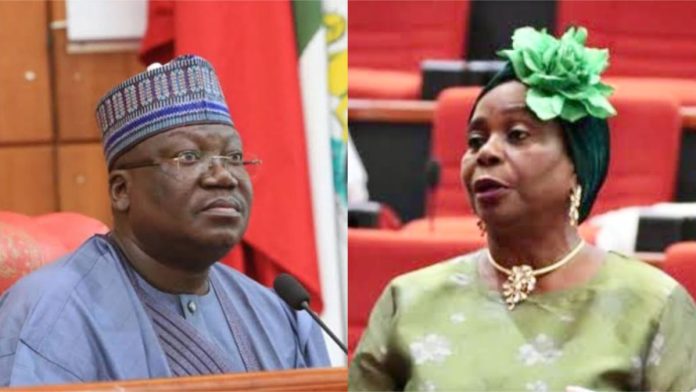 The gender equality bill suffered a setback in the Senate on Wednesday when two senators from the North rejected the legislative document on religious grounds.

When the bill was presented at the plenary, the two lawmakers – Abubakar Yusuf and Aliyu Wamako, vehemently kicked against it, saying its content contradicts Islam and cultural values in the North.

But in her presentation, Olujimi said the bill would prohibit all forms of discrimination against women.

Yusuf, who is representing Taraba Central Senatorial District, countered his colleague, saying the bill was not properly worded.

He insisted that the bill would contravene the tenets of Islam because of its quest for equality rather than equity.

On his part, Wammako, a former governor of Sokoto State, said he would not support the bill in its current state.

The bill was also rejected by the Eighth Assembly.

In 2016, some senators rejected the bill on the grounds it would make women become lesbians and prostitutes, among others.