Opinion: Kid bandits in the north; child cultists in the south: Who will deliver Nigeria? 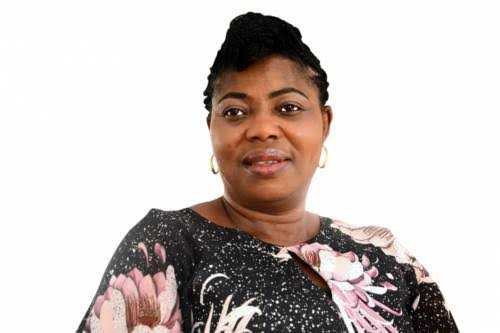 Now that the noise and uproar that greeted the sad and unfortunate death of 12-year-old Sylvester Oromoni, student of Dowen College, Lagos seems to have subsided, perhaps we can now devote some time to ruminate over the tragedy that is fast unfolding before us as a nation.

We are always apt to shout, condemn and empathise and rightly so, when ugly incidents like the cruel murder of rising stars like little Sylvester occur. Sadly, we lack the capacity to push back hence our outcries rarely generate positive actions that can avert a reoccurrence of bad situations. We are mostlyemotional responders. In the case of Sylvester, suddenly every so-called celebrity, government official, politician, lawmaker,etc had one or two things to say.

It was like there was a strong competition to be heard or seen. The noise was so much but as usual without any tangible result. What is more: it went as sudden as it came. Now, it’sbusiness as usual. We have moved on. But for the legal action taken by Sylvester’s parents against Dowen, maybe that case could have been swept under the carpet by now. After all, we have so many of such cases in our land. For example, who still talks about the Ikoyi building collapse where over 50 people died? There are too many things competing for our attention.  Different dramas unfold everyday so we struggle to catch up with them.    Unfortunately, these emotional responses to important matters won’t take us anywhere. This is probably one of the reasons why we have gone numb and appear indifferent to all kinds  of evils going on not only around us but in our schools – at all levels.

For example, before Sylvester’s death, Salaudee Waliu, a 400-level student in the Microbiology department of the University of Ilorin, beat his lecturer, a female, to coma. But that didn’t merit the attention of our celebrities and politicians because no big name or brand was involved. That happened mid November. Shortly before then, precisely, October 27, 2021, a student of Itori Comprehensive High School in Ewekoro Local Government Area of Ogun State had reportedly beaten a teacher to coma for stopping him from beating a fellow student during a maths class. According to reports, the boy, an SS 3 student, just entered the class without notice and descended on the girl while the teacher was teaching. It was reported that the teacher got the beating of his life for telling the boy to stop beating a fellow student.

And shortly after the death of Sylvester, precisely, December 6, students of Idogbo Secondary School at Upper Sakponba Road in Benin City, Edo State, went on the rampage. According to reports, the students attacked the school principal who had invited the police to restore law and order to the school. They also allegedly attacked the police, pursuedthe principal from the school before carrying out massive destruction of the school’s properties. After satisfying themselves, the students were seen celebrating themselves in a viral video.

Lastly, just this Monday, the Osun State University confirmedthat one of its students was set ablaze for refusing to join a cult group. The institution in a statement released by its Public Relations Officer, Ademola Adesoji, identified the victim as Victor Oke, a part-time final year Political Science student.

According to the university authorities, Oke’s assailants had shot at him and inflicted machete cuts on him before attempting to burn him to death. Although Oke was set on fire, fortunately, he was rescued and taken to the hospital.

Recall that Sylvester was allegedly beaten to death in the privately-owned Lagos Dowen School for refusing to join a cult. Unfortunately, while UNIOSUN was able to save Oke from an untimely death, Dowen college was too busy doingsome other things that it felt were more important than looking after the children in its care. By the way, the college’s first reaction to the death of Sylvester was to say the least verydisappointing! How can a school claim not to harbour bullies in this age and time? Haba! That was reckless. And that is the problem. How can a school solve a problem that it doesn’t want to own?

From all indications, the violence in Nigerian schools today is a reflection of what is happening in the larger society. We have enthroned violence, bloodletting, bullying, lying, deception-all kinds of evils to the extent that many children have lost their innocence. These students no longer see anything wrong in violence. How can they when they see pictures and videos of politicians snatching ballot boxes; approaching elections as if they are going for a major warfare all the time. Yet, they see these violent people emerging as governors, lawmakers etc. They have wrongfully believed that intimidation and violence are required to be in charge in a lawless society as ours.

What with the damning report of the BBC linking cultism to politics in Nigeria with names of prominent politicians identified as culprits. The BBC had in an investigative report,published a few days ago, averred that Nigeria runs a mafia politics where its politicians hire cult members to intimidate their rivals, snatch or guard ballot boxes and coerce people to vote. These cultists, according to the report, are armed and given money during election and later rewarded with positions in government.

A self-confessed “cultist” in the BBC report, Tony Kabaka,said, “If you sat me down and say, ‘Can you identify Black Axe in government?’ I will identify. Most politicians, almost everybody is involved.” According to him, politicians very often mobilise cult groups to help win elections. “If government wants to seek for election they need them.Cultism still exists because government is involved, and that is the truth,“ he further said.

It is not as if any Nigerian needs a BBC report to know what is happening around them. Some of us have an idea of what our politicians are capable of doing.  However, the worrying trend for me is the rate at which Nigerian students are now being recruited into cults and the level of violence in our primary and secondary schools. We need to move fast to redress this dangerous development. When a society gets to the level where education no longer counts and one cannot tell the difference between a thug and a child, there is a big problem.

We are contending with terrorists and child bandits in the north; we think this is happening because the kids are not inschool, only to find university students, secondary school students, children of the rich competing with criminals in blood -letting. This is a serious problem.  Experts are apt to tell us that Cultism and many other social vices are related to economic distress arising from corruption-induced poverty. But here we are face to face with the children of the rich being knee- deep in cultism. What are they looking for?  What took them there, how did they get there, what is their motivation?  Perhaps the BBC reports could offer some insights into these questions. If truly our so-called politicians are members of these secret cults, we should know from whom some of these children are taking their cues!

There is nothing special about Nigeria’s problems. Anyone can predict what is likely to happen in years to come based on today’s happenings. Serious-minded nations use indices like this to plan and avert a disastrous future. But for us, we look at the problems and keep talking about them until they fester and get out of hand.  As far back as January 29, this year, I wrote an article titled, “Cultism: A bomb awaiting explosion in Nigeria’s schools.” I warned that we shouldn’t allow a situation where parents would be afraid of sending their children to school; or teachers abandoning the classroom to keep safe.  Unfortunately, as usual, no one seems to be listening.

Here we are today, what was predicted in less than a year ago is now being unfolded at an alarming rate before our very eyes. Yet, we can still do something if we are serious about helping ourselves. Government needs to wake up to its responsibility and stop outsourcing its education to the private sector, many of which are mere business outfits.  How well are the state and local governments doing in providing qualityprimary and secondary education in Nigeria? They can’t provide education and still can’t offer adequate supervision. Kid bandits are ravaging the north; cultists are holding sway in the south. Who will deliver Nigeria? Government should step up its oversight functions in schools and encourage more constructive activities like sports, games, debates, competitions and do more in the area of rewarding   academic excellence. But most importantly, children will imitate what they see around them. So, the ball is still in the court of Nigerian leaders and its adults.