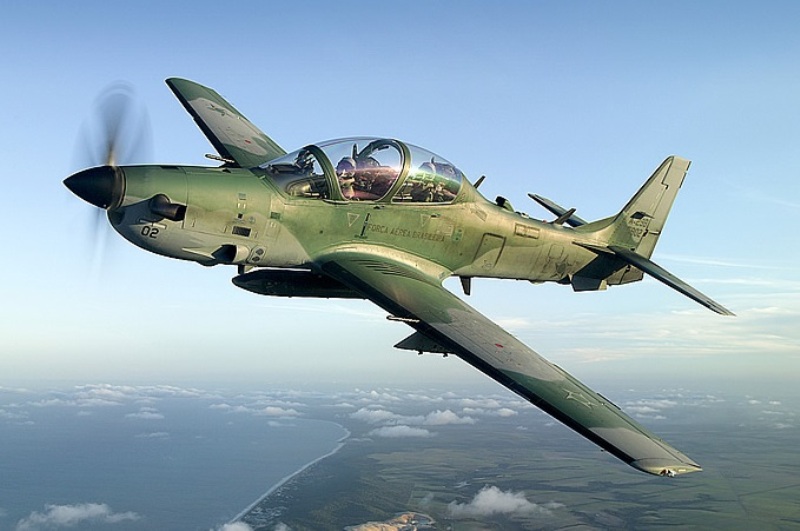 The committees of the House of Representatives on military affairs have backed the Federal Government to deploy A-29 Super Tucano fighter jets against bandits following their declaration as terrorists.

Really that bandits had in July this year shot down an air force plane.

The chairmen of the committees, who spoke with journalists in separate interviews, stated that the aircraft should be deployed against the bandits as long as the government had procured the legal backing for it.

Recall also that the Federal Government had in 2017 procured 12 units of the military aircraft from the United States of America at the cost $496m. The fighter jets were, however, sold to Nigeria on the condition that they would be strictly used against terrorists.

The House had earlier on September 30, 2021 asked President Muhammadu Buhari to designate bandits, who have dominated the North-West and parts of the North-Central geopolitical zones and their sponsors, as terrorists.

The Senate made the same demand.

However, the Federal High Court in Abuja on December 2, 2021, declared bandits as terrorists. Justice Taiwo Taiwo, in a ruling, declared activities of Yan Bindiga and Yan Ta’adda bandit groups as acts of terrorism.

But the Federal Government has yet to gazette the declaration.

The Chairman of the House Committee on Defence, Babajimi Benson, was asked by our correspondent if the coast was now clear for military to deploy Tucano jets against the bandits.

He said, “Yes, we have said it. You talked about legal basis and the court ruling. There is also a gazette coming. If all that are in place, we have met all the legal requirements to be able to deploy the jets against terrorist organisations. And these guys, people know that they are worse than terrorists. So, when or where or if they are going to deploy is a matter of strategy and silence is golden.”

Benson, however, warned against publicising deployment of the aircraft.

“In warfare, the element of surprise is the best tool you can ever use. When you are in a war situation, you should never let your enemy know about the arms and the strategy,” he said.

Also, the Chairman of the House Committee on Army, Abdulrazak Namdas, said the Nigerian Armed Forces could now go ahead to unleash the fighters jets on the bandits.

Namdas said, “I think Buhari’s government is listening to suggestions and we appreciate that they are taking those decisions. It is our prayer that this problem comes to an end.”