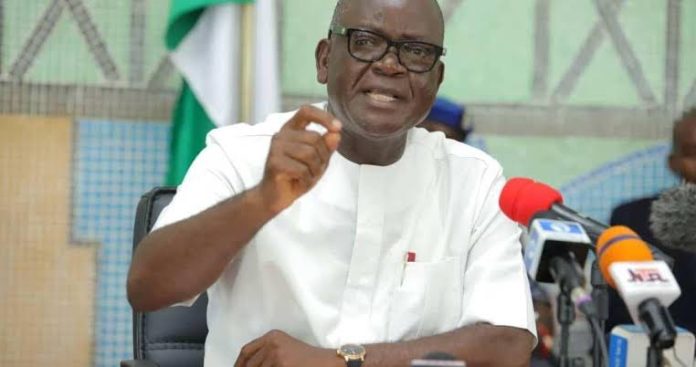 Benue State Governor, Samuel Ortom, on Sunday said the high rate of orphans in Northern Nigeria was as a result of incessant herdsmen attacks.

Ortom stated this at the Evangelical Church Winning All, English LCB, Makurdi, during a thanksgiving service by the family of Justice Polycarb Kwahar.

The governor said orphanages across the state and Internally Displaced Persons’ camps were filled with orphans without hope for the future.

He said, “Some became orphans because terrorist Fulani herdsmen have killed their parents.

“Three years ago, my wife and I picked up four orphans from the Mama Abaypr Orphanage and we have been taking care of them since.”

He stated, “I have orphans whom I have trained too. Some bear their parents’ names and some, who do not know their parents, bear my name.

“Those who are taking three square meals should remember the vulnerable people.”

The governor appreciated God for healing Mrs Nguasen Kwahar, who was seriously sick at one point this year.

Earlier in his testimony, Justice Kwahar narrated how God miraculously healed his wife, Nguasen, who was operated upon for appendicitis and was in coma for some days.